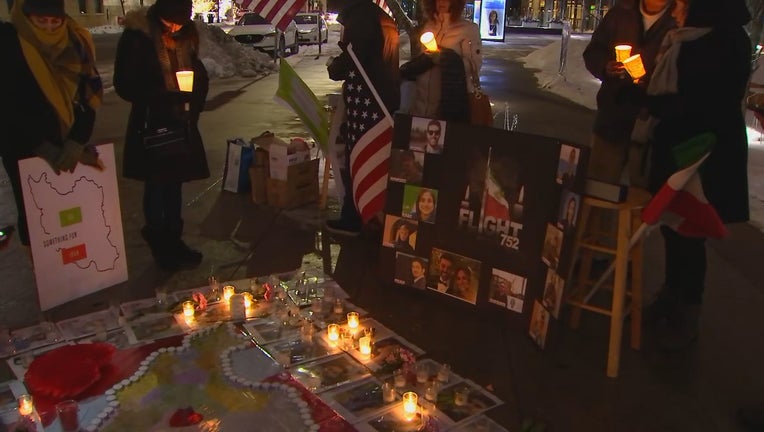 Twin Cities community members hold a vigil for those killed in flight 752 in Iran.

MINNEAPOLIS (FOX 9) - Community members gathered in Minneapolis Monday to honor the lives of those killed in Flight 752 in Iran.

Local Iranian-Americans and other community members gathered at Nicollet Mall to commemorate the 176 people killed on flight 752, which was shot down by the Iranian government on Jan. 9.

The event was sponsored by Minnesota Committee in Support of a Democratic Iran (MCSDI).

According to a release from MCSDI, "Minnesota Iranian-Americans declare their sympathy and solidarity with their compatriots in Iran by gathering and lighting candles for all victims of Flight 752 as well as the 1500 people killed in Iran during the November protests."