The Twin Cities culinary scene is coming together to support Chef Justin Sutherland, after the well-known cook was hurt in a boating accident over the holiday weekend.

ST. PAUL, Minn. (FOX 9) - The Twin Cities' culinary community is rallying behind a prominent local chef who is facing a long recovery from a boating injury.

Justin Sutherland was on the St. Croix River on July 3 when his hat blew off. He reached for it just as a boat hit the wave and he fell into the water near the motor. As a result, he suffered significant injuries and was hospitalized. Thursday morning, other Twin Cities chefs came together to support Sutherland at Hope Breakfast Bar in St. Paul.

At a restaurant called "Hope", it’s so fitting that so much of it could be served up.

"He’s going to be ok," said Justin's father Kerry Sutherland. "He’ll be back, he’ll be back." 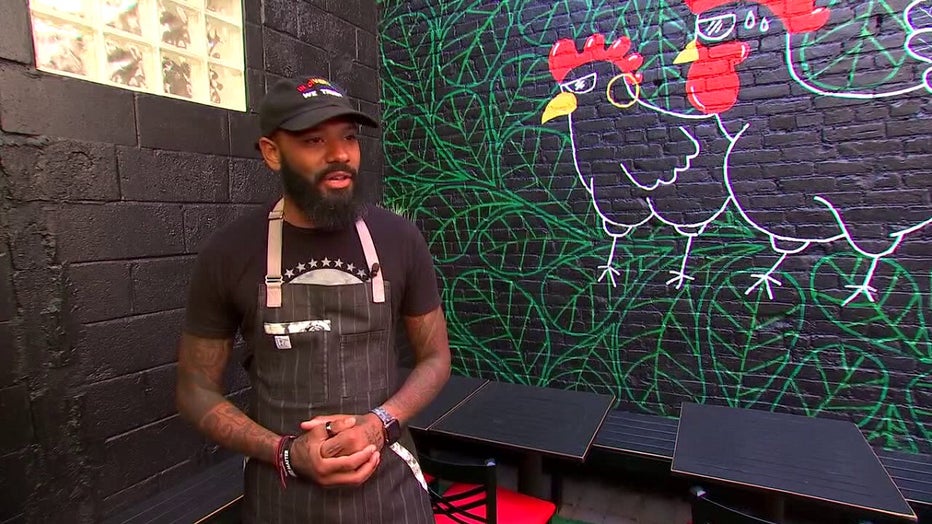 Justin Sutherland speaks with FOX 9 before his boating accident. (FOX 9)

Kerry Sutherland says his son Justin is now recovering from the boating accident on Sunday.

"He’s alert and responsive," said Kerry. "He can definitely hear you talking and so, yeah."

Justin suffered a broken arm and jaw, and cuts on his face when he fell off a boat on the St. Croix and hit the prop. A GoFundMe started by his family with a half-million dollar goal because Justin has no health insurance and many more surgeries ahead.

"The reason that everybody’s standing here is because Justin brought all of us on this crazy journey with him," said Brian Ingram, the owner of Hope Breakfast Bar.

Ingram organized the fundraiser on Thursday. For one day, every cent taken in at this restaurant is going to that fund. The crowd at Hope came from across the restaurant community and the greater community, who say Justin is so dear to so many. 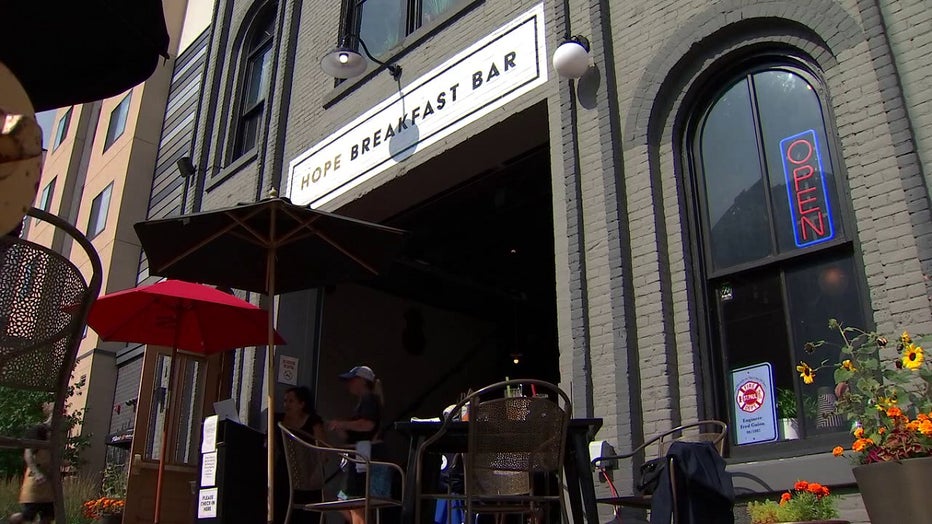 "I’m not the only one that feels that," said Kate Meier. "I think everyone who knows Justin feels like they’re his best friend."

Meier owns "Craftmade Aprons" and said Justin’s support was immense during her double mastectomy one year ago.

Justin gave away food to those in need during the pandemic and the family vows anything they don’t need, once the bills are paid, will go to other charities.

"We will never forget this and it will just continue to drive us to help others and pay it forward," said Kerry.