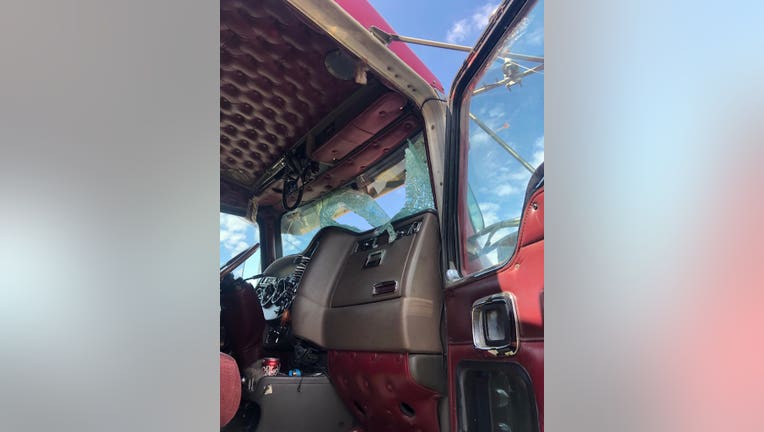 A turkey shattered the windshield of a semi on I-35E in Eagan, Minnesota. (Eagan Police Department / FOX 9)

EAGAN, Minn. (FOX 9) - A turkey flew through the window of a semi on Interstate 35E in Eagan, Minnesota Wednesday and walked away from the scene like nothing happened.

The Eagan Police Department shared photos of the incident, which showed the semi’s windshield completely shattered by the turkey. 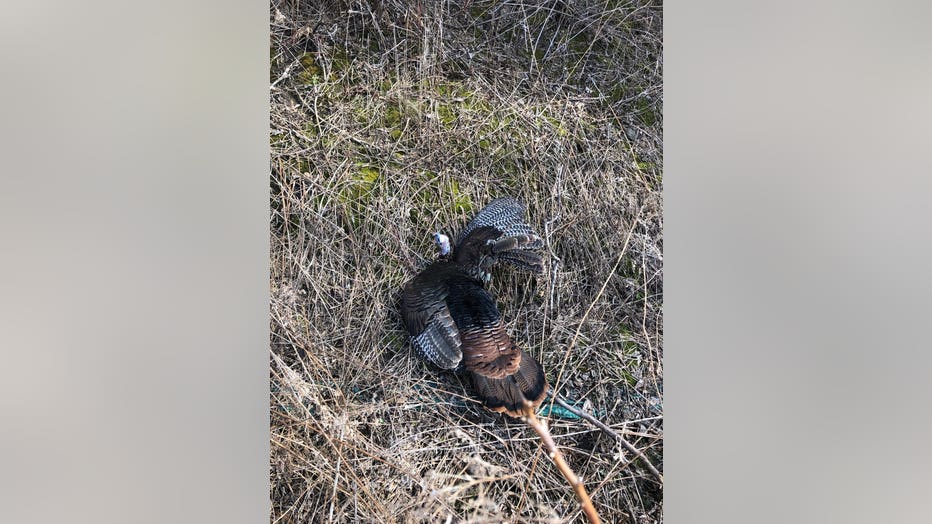 A turkey walked away unharmed after going through the windshield of a semi on I-35E. (Eagan Police Department / FOX 9)

The driver of the semi and the turkey were both unharmed.

Police said after removing the turkey, it went back into a wooded area near the scene like nothing happened.