During the Trump administration, then-Treasury Secretary Steven Mnuchin said he wouldn’t turn over the tax returns because he concluded they were being sought by Democrats who control the House of Representatives for partisan reasons.

The committee sued for the records under a federal law that says the Internal Revenue Service "shall furnish" the returns of any taxpayer to a handful of top lawmakers. The committee said it needed Trump’s taxes for an investigation into whether he complied with tax law.

In a memo dated Friday, Justice’s Office of Legal Counsel said the committee chairman "has invoked sufficient reasons for requesting the former President’s tax information" and that under federal law, "Treasury must furnish the information to the Committee." 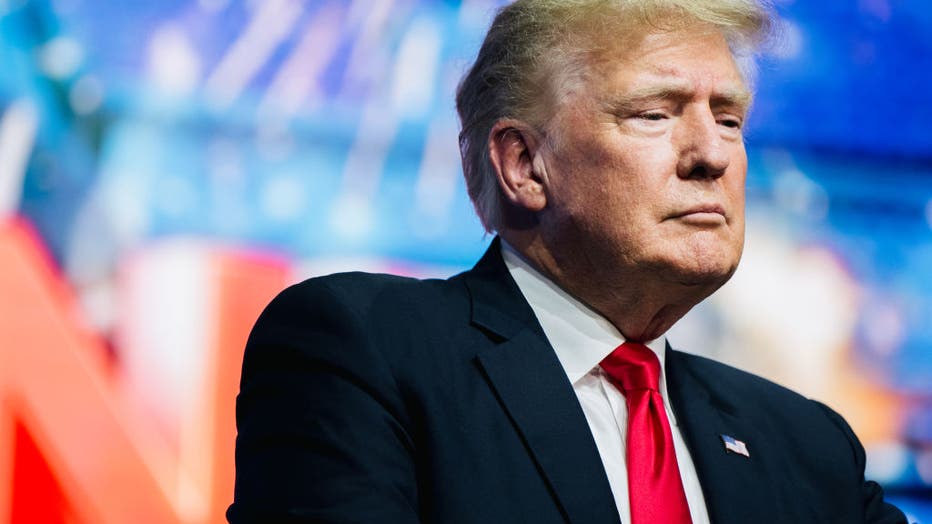 Former U.S. President Donald Trump prepares to speak during the Rally To Protect Our Elections conference on July 24, 2021, in Phoenix, Arizona. (Photo by Brandon Bell/Getty Images)

Manhattan District Attorney Cyrus Vance Jr. already has obtained copies of Trump’s personal and business tax records as part of an ongoing criminal investigation. Trump tried to prevent his accountants from handing over the documents, taking the issue to the Supreme Court. The justices rejected Trump’s argument that he had broad immunity as president.