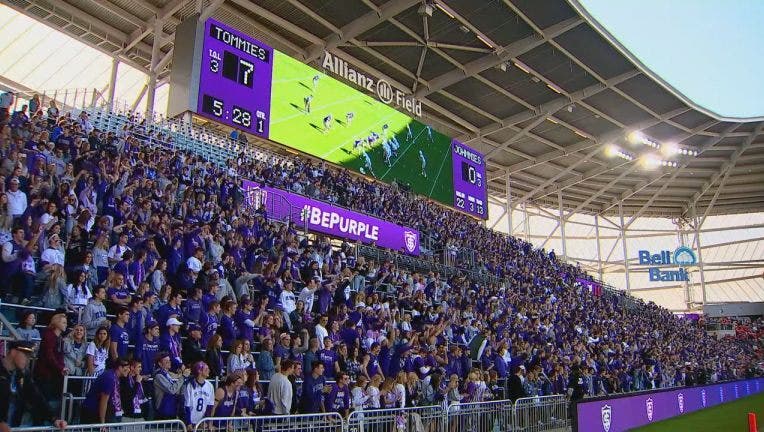 MINNEAPOLIS (FOX 9) - The annual Tommie-Johnnie rivalry football game is moving to an even bigger venue this year: U.S. Bank Stadium.

Saint John's University is hosting the University of St. Thomas at 1 p.m. Nov. 7 at U.S. Bank Stadium, marking the first collegiate football game to be held there.

The game is also historic because it will be the teams' final meeting as Minnesota Intercollegiate Athletic Conference foes and likely the last meeting between the two schools through a historic 119-year rivalry on the football field.

Two historic Twin Cities college football rivals may have played one of their final games against each other on Saturday.

Tickets for the game go on sale to the general public at 10 a.m. Friday, March 13.