'They left her to die:' Dog rescued near St. Paul railroad tracks

Maple earned her name because she is as sweet as syrup, but what happened to this German Shepherd is anything but.

ST. PAUL, Minn. (FOX 9) - Maple earned her name because she is as sweet as syrup, but what happened to this German Shepherd is anything but.

Estimated to be between 8 and 10 years old, she was found hurt and crying in pain last weeks near railroad tracks in the North End neighborhood of St. Paul.

A Good Samaritan heard her cries, scooped her up and took her to Saint Paul Animal Control.

Dehydrated and malnourished, she had an irregular heartbeat. She also had significant swelling in her front paws and muscle atrophy on her back legs. Saving Shepherds of MN was brought in to help.

"They felt that she needed help beyond what they could provide because she couldn't walk," said Tressa Hinrichs of Saving Shepherds of Minnesota.

Maple was transferred to the University of Minnesota's Small Animal Hospital. 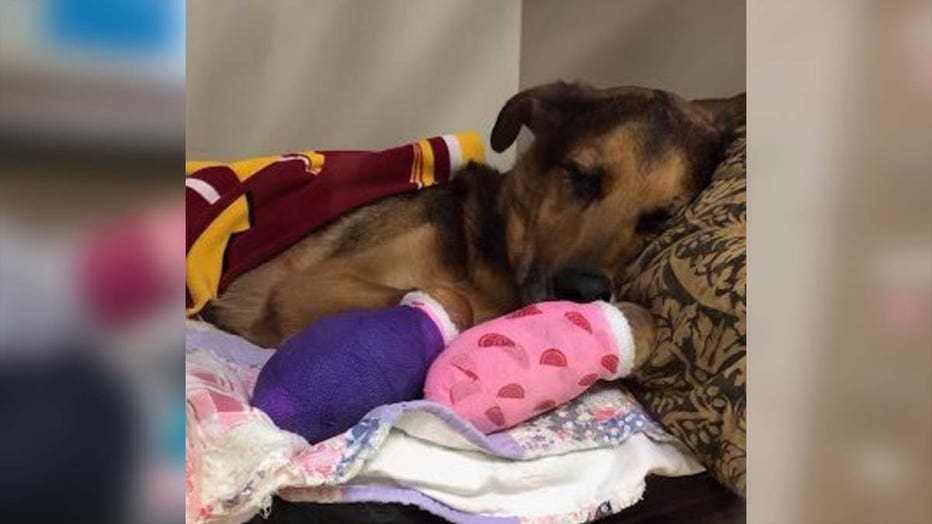 Saving Shepherds of MN is helping Maple with her recovery.

At first, her rescuers thought she may have been hit by a car or a train, but as time passed, more injuries began to appear.

"Her body has been giving us the evidence of what has actually happened to her," said Hinrichs. "It became even more evident that she not only had been brought there and dumped...that her legs had been tied together to prevent her from being able to get away."

As a result, Maple may lose some toes and possibly one of her front legs.

The road to recovery will be long and expensive, but Maple has proven she is a fighter, and Saving Shepherds of Minnesota says she will be the perfect addition to a forever home someday.

"Maple has done nothing wrong. She's a perfect little dog that just wants to be loved," said Hinrichs.

Medical bills are mounting and could top $18,000 by the time Maple is fully healthy. 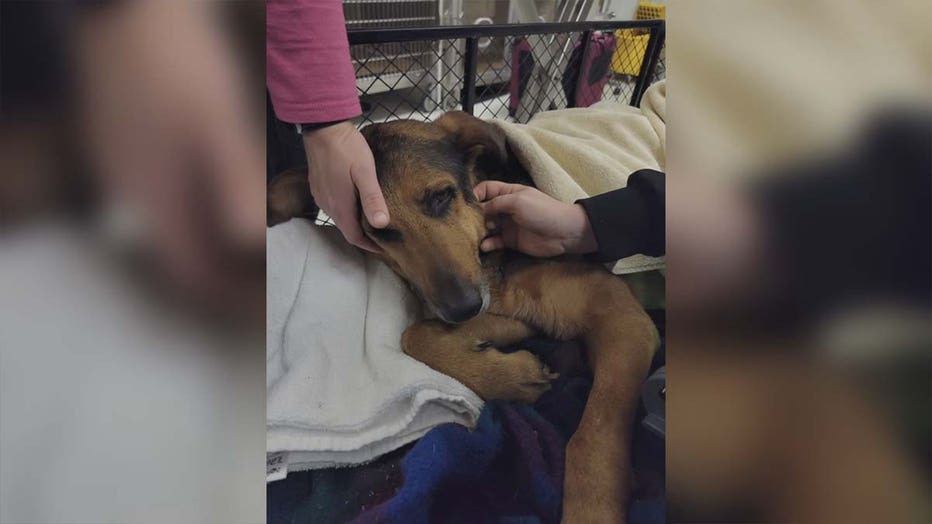 If you would like to help Maple, Saving Shepherds is accepting donations.

Checks can be mailed to:

Anyone with information on who may have owned Maple or who may have hurt her is asked to call Saint Paul Animal Control at 651-266-1100.

Caretakers say Maple is doing better now. She is up and walking but had to have her toes on both feet amputated. The hospital says she is now ready to be released to a foster home.