WOODBURY, Minn. (FOX 9) - One of the suspects charged in the deadly drive-by shooting at a graduation party in Woodbury, Minnesota earlier this month has turned himself in.

Police are still actively seeking another suspect, 23-year-old Enrique Davila of St. Paul, who has a warrant out for his arrest for charges including aiding and abetting second-degree murder as well as assault and firearms charges. Anyone with information on his whereabouts is asked to contact police. 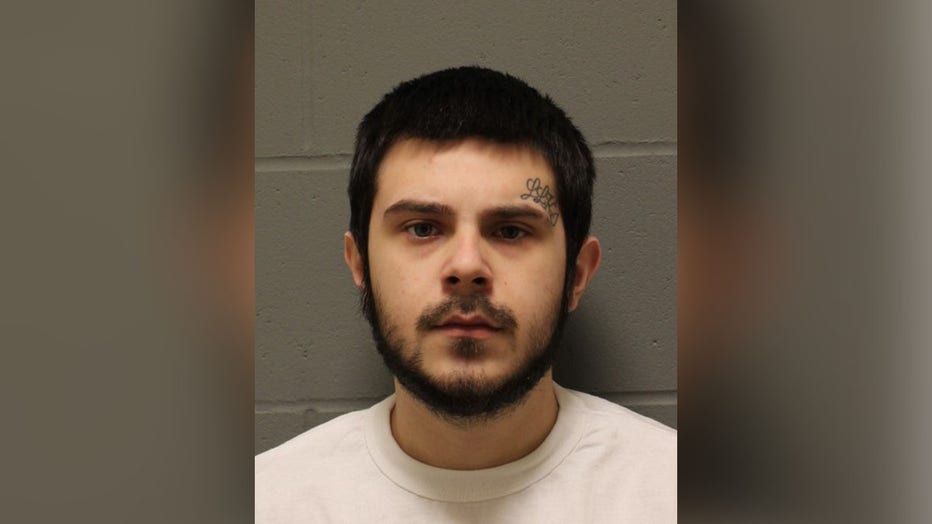 Enrique Davila, 23, of St. Paul has been charged by warrant in connection with the deadly June 5 shooting in Woodbury. (Minnesota Department of Corrections / FOX 9)

A juvenile was taken into custody during a traffic stop on Interstate 94 on Tuesday in connection with June 5 shooting. They were charged via complaint. Additionally, two women were arrested for aiding an offender.

In total, four people, including Hobbs-Ekdahl’s stepfather, have been charged in the case.

The shooting took place on the 6100 block of Edgewood Avenue, where Hobbs-Ekdahl and some friends and family members had been at a graduation party.

The armed trio fired back and Hobbs-Ekdahl, who was in another vehicle, was struck and killed.