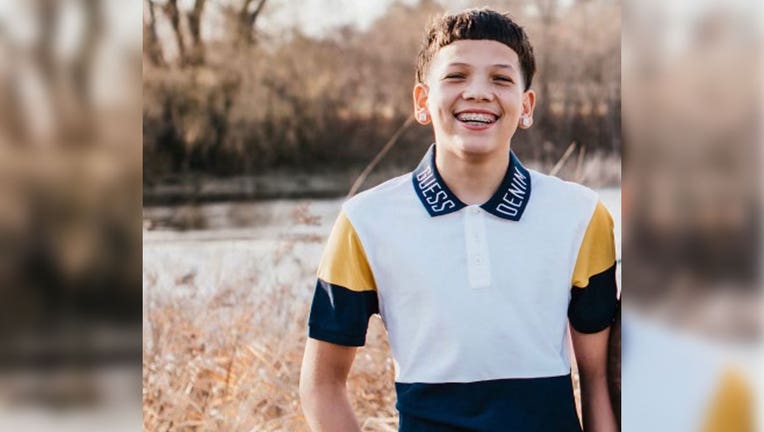 WOODBURY, Minn. (FOX 9) - The stepfather of the teen who died in a shooting near a graduation party in Woodbury has been charged in connection to the incident that led to the teen's death, according to Woodbury Public Safety.

Keith Dawson, 35, has been charged with drive-by shooting, illegal possession of a firearm and two counts of second-degree assault. He will make his first appearance in court on Tuesday morning.

The stepfather of the teen who died in a shooting near a graduation party in Woodbury has been charged in connection to the incident that led to the teen's death, according to Woodbury Public Safety.

According to investigators, Dawson was driving a white Chevrolet Tahoe on the night of the incident. After initially telling police he only drove to the area to pick up his 14-year-old stepson Demaris Hobbs-Ekdahl when he learned he was injured, Dawson admitted to having a larger role in the incident.

According to the criminal complaint, Dawson told police Demaris called him and said he and his brother were getting robbed and needed help. FOX 9 has learned that several males pulled a gun on Demaris' brother Davion. The group including Demaris left the party and met up with Dawson near a hotel, where Dawson said they needed to go back to the party to confront the others.

Dawson then drove out to the area of the encounter on Edgewood Avenue with the intent of scaring the other group because they were "messing with his kids," according to Woodbury police. Dawson shot several rounds at a dark SUV and the group returned fire.

Dawson claims at the time he did not know Demaris and others had followed him out to Edgewood Avenue in a Kia Forte. Shots from the dark SUV hit the Kia and struck Demaris inside. When Dawson learned Demaris was injured, he transferred him into his Tahoe and tried to drive him to a hospital. On the way, Dawson tossed his handgun out the window, which police later found.

The three vehicles involved in the shooting are in custody of Woodbury police.

The case remains under investigation as police continue to interview witnesses. Police say other juveniles are involved in the case.

"A chance encounter resulting in a dispute leading to tragedy is no way to celebrate a graduation," read a statement from Woodbury police. "This incident does not define a neighborhood or its residents, or our community at large.

Neighbors and loved ones of Demaris are still shaken by the incident.

Karissa Suchy lives next door to the scene of the weekend grad party that turned deadly in Woodbury Saturday night. The mother of two lamented the loss of the Tartan High School student-athlete out in front of her Edgewood Avenue home.

"The casings were right in the front yard," said Suchy. "The window is right there. Maybe 40 feet between from where the toddler sleeps and where the gunshots were fired from."

Demaris’ loved ones, including his brother Davion, attended a Sunday evening vigil and balloon launch in nearby Oakdale for the teen who was remembered for his passion for football, his skills in mechanics and a smile that wouldn’t quit.