ST. JOSEPH, Minn. (FOX 9) - Deputies say the man wanted in a manhunt near the St. John's University campus that lasted most of the day has been taken into custody.

The Stearns County Sheriff's Office says the suspect was arrested around 6:15 p.m. on the university's campus.

According to the State Patrol, the search started when a DWI suspect punched a state trooper who had pulled him over and then fled onto Interstate 94. Officials say the trooper suffered multiple fractures to his jaw after being struck.

Law enforcement officials began chasing the suspect, who continued to flee even after all four tires on his car were damaged by spike strips.

An officer involved in the pursuit believed they saw the suspect point a possible firearm out of the vehicle.

The suspect fled on foot near St. John’s University. St. John’s was placed on lockdown and authorities asked the public near the university to stay indoors and lock their doors and windows while they searched for him. 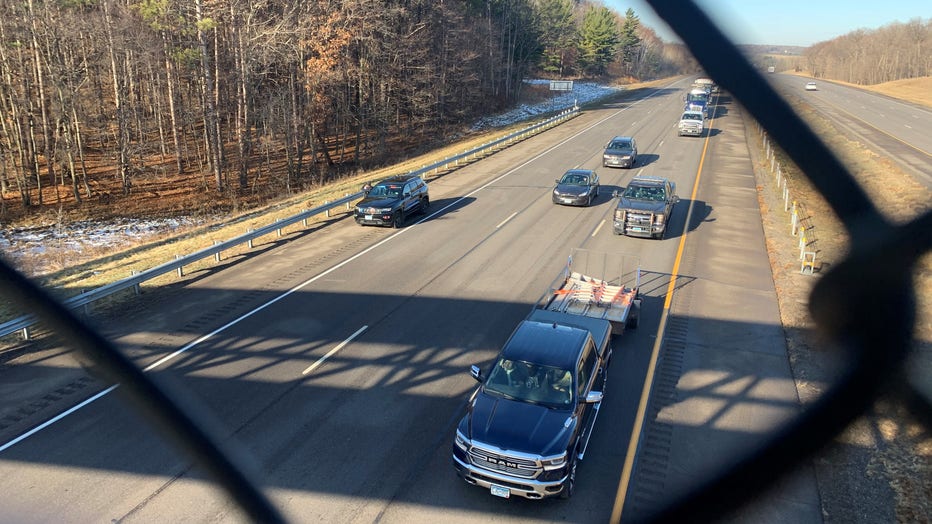 Since fleeing on foot, the suspect has reportedly robbed another person, taking their clothes, cell phone and car keys. Authorities believe the suspect may have changed clothes, but the victim’s car was not stolen.

Deputies say an ambulance is checking over the suspect for exposure.

As for the trooper who was punched, state officials say he will require surgery for the fractured jaw that is scheduled for Friday.