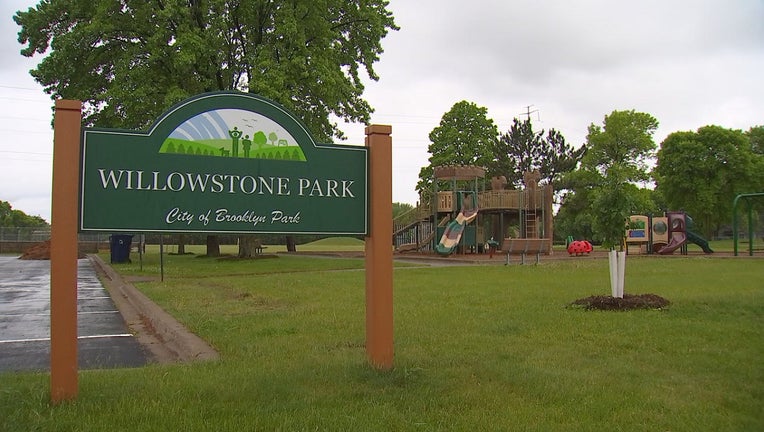 Police are investigating after the child was sexually assaulted on Wednesday at Willowstone Park in Brooklyn Park. (FOX 9)

Bruley said after receiving information from the community, they identified the suspect and arrested him at his home around 10:30 a.m. Friday. His home was close to Willowstone Park, where the alleged assault occurred.

Brooklyn Park police arrested an 18-year-old man suspected of sexually assaulting a 6-year-old boy in a porta potty in a park, according to Brooklyn Park Deputy Chief Mark Bruley.

Wednesday night, officers learned a family was holding a party in the park. At one point, while cleaning up, they couldn't find their 6-year-old child. A relative then found the boy coming out of a porta potty with an unknown man.

Bruley released a description of the suspect Thursday. That night, officers also held a community meeting with residents in the area and learned the man frequents the area around the park.

"[The community is] very shaken. I think just us as law enforcement professionals, as a father, I was shaken to be honest with you. This is a horrific crime," said Bruley.

"We don't have any specific information to believe that he has victimized any other children, but we want to make sure we encourage our community members to speak to their children especially if they frequent that park," said Bruley.

The man is in custody at the Hennepin County Jail on suspicion of first-degree criminal sexual assault and resisting arrest. Charges are pending.