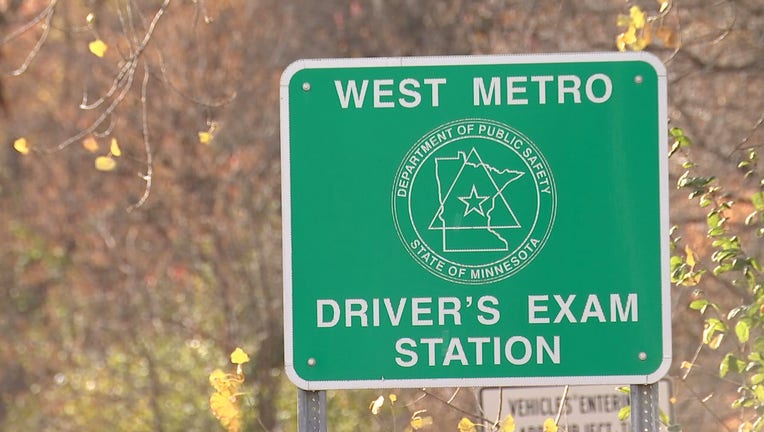 ST. PAUL, Minn. (FOX 9) - It’s an exciting time in any teen’s life when they get their driver’s license, but the wait to take the required road test can be extremely long.

Sen. Karin Housley is trying to fix that with a bill that is getting a lot of traction at the Capitol.

It’s an exciting time in any teen’s life when they get their driver’s license, but the wait to take the required road test can be extremely long.

Tracy Taubert, of St. Paul, told the Senate Committee about driving to Ortonville on the South Dakota border so her daughter could take the test instead of waiting for months to take it in the Twin Cities metro area.

“And she described to me the pressure that was on her, because if she failed that test, do we start all over again hunting around for exams?” asked Taubert.

Those kinds of stories and complaints and frustrations prompted Housley to try and change the system.

Her bill would allow driving instructors to also administer the tests. They would be trained, certified and supervised by the state. The state, however, does not like the plan.

“From the perspective of the Department of Public Safety, this is a safety issue,” said DPS Assistant Commissioner Tim Lynaugh.

He said states with third party testers have higher accident rates, but offered no evidence they are connected. He said they’re working on the system’s efficiency.

For one, they are no longer allowing driving schools to reserve blocks of testing time and charging students extra for those slots. That practice has clogged schedules for everyone else.

Lynaugh said re-tests and no-shows are also a burden on the system.

“Consistently, 20 percent of those scheduled to have an exam do not show up every single day,” he said.

Housley pushed back against questions of safety.

“The commissioner would also have oversight of these third party testing stations, so it is apples to apples right there. So safety is important no matter who is testing,” she said.