The St. Paul Saints went out of this world for the name of this season's ball pig.

ST. PAUL, Minn. (FOX 9) - The St. Paul Saints went out of this world for the name of this season's ball pig.

At a watch party at CHS Field Tuesday night for the 2021 season opener, the Saints revealed the pig's much-anticipated name: Space Ham.

Earlier in the evening, the Saints shared two clues with FOX 9 that the name would involve a movie coming out later this year and have a connection to one of the team's owners. Co-owner Bill Murray starred in the 1996 classic alongside NBA superstar Michael Jordan and cartoon legend Bugs Bunny. The sequel, Space Jam: A New Legacy, starring NBA star LeBron James, will come out this July.

This will be the Saints’ first season as the new Minnesota Twins Triple-A affiliate, but the team’s long-running tradition of having a pig mascot isn’t changing anytime soon. The name of the ball pig is often a play on current events or celebrity names. Last year’s pig was named "This Little Piggy Stayed Home," a light-hearted reference to the COVID-19 pandemic. Other previous winning names include Daenerys Hoggaryen, Little Red Porkette, Stephen Colboar, Brat Favre and Boarack Obama. 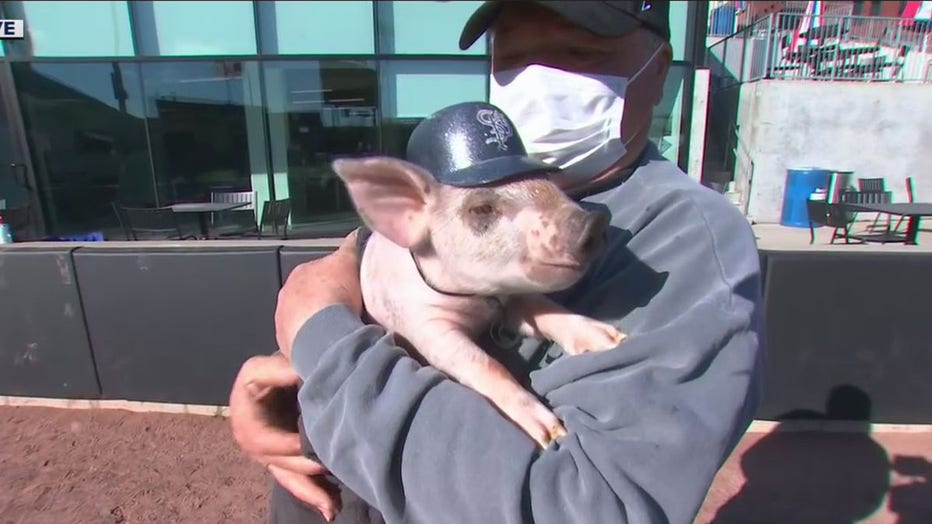 The Saints turned to fans once again to come up with the name of this year’s ball pig. Here are some of the runners up:

The Saints opened their season on the road in Omaha, Nebraska against the Omaha Storm Chasers. Fans could watch the game on a big screen at CHS Field.