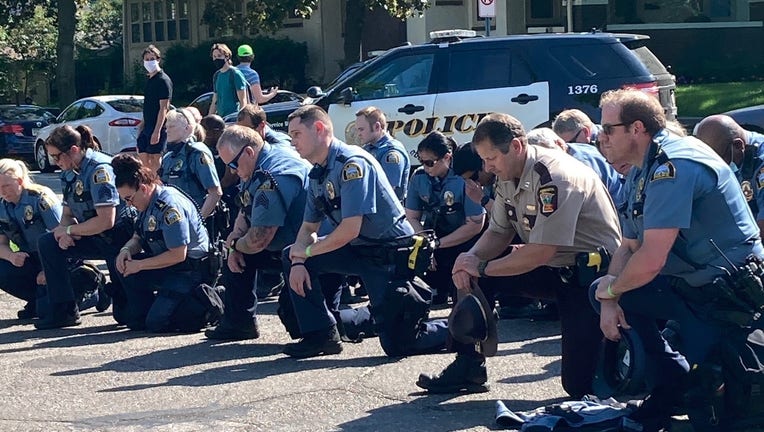 ST. PAUL, Minn. (FOX 9) - A group of St. Paul Police Officers and at least one State Patrol deputy were seen kneeling in solidarity with peaceful protesters outside the Governor's Mansion Monday afternoon.

St. Paul Police closed Summit Avenue to accomodate the protest which the department said was peaceful. During the protest, those gathered kneeled down together, symbolizing the actions of a Minneapolis Police officer who was seen kneeling on the neck of George Floyd before he was pronounced dead.

The St. Paul and State Patrol officers at the protest were seen joining the crowd in the symbolic kneel. 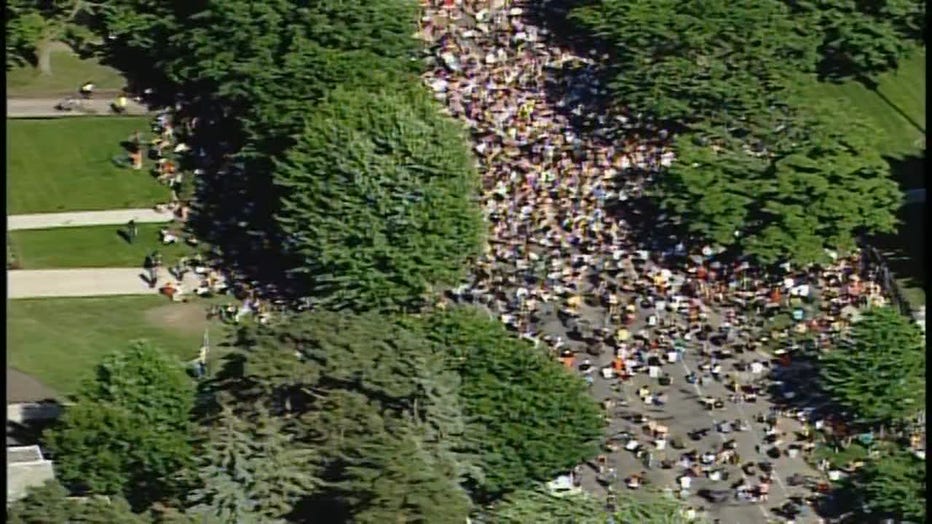 Thousands gathered on Summit Avenue across from the Governor's Mansion in St. Paul for a peaceful protest Monday.