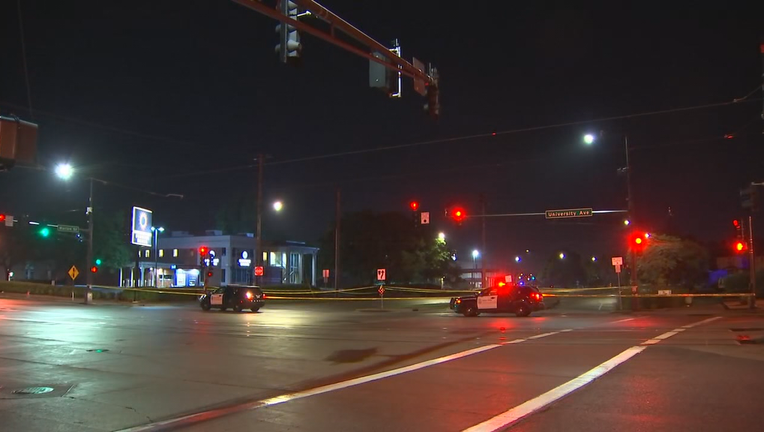 Police officials say two men suffering from gunshot wounds arrived at the hospital around 12:15 a.m. by private car. A third person in the car was uninjured.

Police do not know if the three shootings are related.

Medical staff treated one man for non-life threatening injuries. The other was pronounced dead at the scene. He has been identified as Nikey Taylor Jr., 27, of Minneapolis.

Investigators say the three men were in a car at University Avenue West and Marion Street when someone in another vehicle shot at them and drove off.

The investigation is ongoing and no suspects are currently in custody.

Tuesday morning's homicide follows two other killings in St. Paul Monday. At about 4:30 p.m., an 18-year-old man was shot and killed near Rice Street and Winnipeg Avenue West. Around 10 p.m., a good Samaritan was shot after trying to help after a car crash near Edgerton Street North and Case Avenue East.

Police do not know if the shootings are related.

It has been a tragic week in Saint Paul. Last night was one of the most violent nights I have witnessed in my career. Three lives were lost, three families will never be the same and our community is waking to uncertainty and fear. Please know that the women and men of the SPPD are working tirelessly to apprehend anyone involved in this violence. Please pray for the victims, our community and our staff who are exhausted from working extraodinary hours. I called a meeting with my executive team this morning to make sure all of our resources are aligned in an effort to apprehend those responsible and to prevent any further violence. I will announce my plans later today.