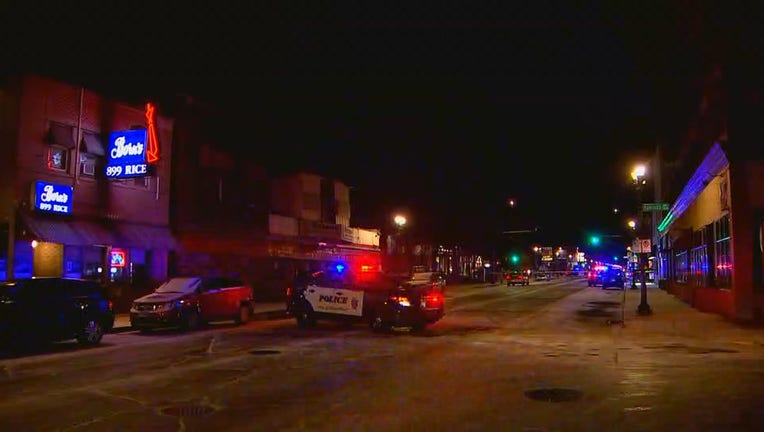 The scene of a Sunday night shooting on Rice Street in St. Paul.

ST. PAUL, Minn. (FOX 9) - St. Paul Police are investigating a shooting death Sunday night after a man was found dead in his vehicle on Wayzata Street around 5 p.m.

According to St. Paul Police Sgt. Mike Ernster, multiple calls for shots fired were called into dispatch on the 900 block of Rice Street, prompting a police response. Officers found a man unconscious and not breathing. Paramedics pronounced him dead at the scene.

Police have indentified the victim as Daniel Olvera, 20, of St. Paul.

St. Paul Police are investigating a shooting death Sunday night after a man was found dead in his vehicle on Wayzata Street around 5 p.m.&nbsp;

Homicide investigators were on scene all evening Sunday trying to determine what led to the shooting and who is responsible.

No arrests have been made and the investigation is ongoing.

Ernster called the city's 29th homicide of the year "very frustrating," but ensured the public that police are "working with local, state and federal partners to hold people rsponsible that are pulling the trigger."

Ernster also asked for the public's help in locating any information related to this case, no matter how small. He asked residents call 651-266-5650 with any information.