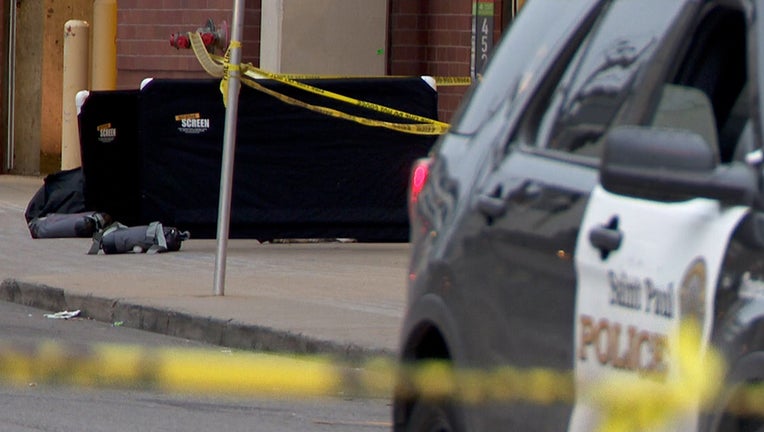 St. Paul Police and paramedics found the body of a man who had been shot in the upper body in downtown St. Paul early Sunday. (FOX 9)

St. Paul, Minn. (Fox 9) - Saint Paul police are investigating an apparent homicide after a man was found dead with a gunshot wound on the 200 block of West Ninth Street early Sunday.

Officers and Saint Paul Fire Medics responded to a 911 call for a person down at about 2:07 a.m. and found the body of a man near a loading dock, according to a press release from the St. Paul Police Department.

The man had a gunshot wound to the upper body and was unresponsive and not breathing, according to police. Paramedics pronounced him dead at the scene.

Patrol officers secured the scene and began looking for possible witnesses until members of the homicide, forensic services and video management units could arrive, according to the press release.