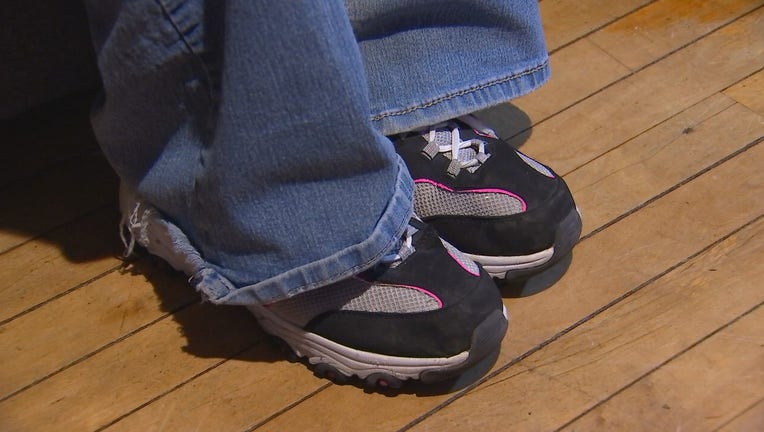 This child and another were in a car when a carjacker assaulted their dad and took off in the car with them inside.

ST. PAUL, Minn. (FOX 9) - A man says he was putting his kids into his van when, out of nowhere, a group of several young men knocked him to the ground and took his keys from his pocket.

On Sunday evening a St. Paul man, who does not want to be identified, said he and his family were getting ready to leave their house near Virginia Street and Sherburne Avenue to celebrate a birthday. As he was loading his one year old and eight year old into the car, he says he was attacked.

Family jarred after carjacking with young children inside

The two young children are alright, but their family is scared after the carjacking in a parking lot.

“They basically clotheslined me and then as soon as I was on the ground, they just start kicking and punching me,” the man said.

He says after the assailants took his keys and his wallet, they got into his van and started taking off. Meanwhile, several of his family members, including his wife, were nearby and saw what happened.

“I see my sister running out into the middle of the road screaming ‘no, no, no! Stop, stop, stop!’” the man’s wife said.

The man says the carjackers drove about 100 feet up to the corner of the street and jumped out, getting into two other cars nearby.

“I can’t imagine what it would have been like if they would have gotten any farther than they did. I’m sure I would have turned into not bride-zilla, but mom-zilla and been on an absolute rampage,” the man’s wife says.

The other family members who were nearby were able to get license plate information for the cars the assailants took off in and called police.

St. Paul police say they were able to catch up with the group at the Target off of University Avenue. Police say that’s where they arrested seven teenage boys, five of them 16-year-olds and two of them 15-year-olds.

“It was completely random from what we’re aware of. It seems like the police think it was a gang initiation and I just happened to be at the wrong place at the wrong time,” the man said.

The teens were arrested for kidnapping, aggravated assault, financial transaction fraud and committing a crime to benefit a gang. Police are now investigating if these teens are connected to any other recent, similar crimes.

The man who was assaulted suffered minor injuries like a cut and some bruising. The children inside the car were not hurt.

“Whatever they’re lacking in life, I wish they had more so they didn’t feel they had to do this. I mean, do they really feel better about themselves that they beat up a dad in front of his children?” the man said.

While no one in the family was hurt, they say the incident has taken an emotional toll.

“Home is supposed to be safe and now none of us feel safe, and now everything we do we’re much more vigilant of our surroundings,” the man said.