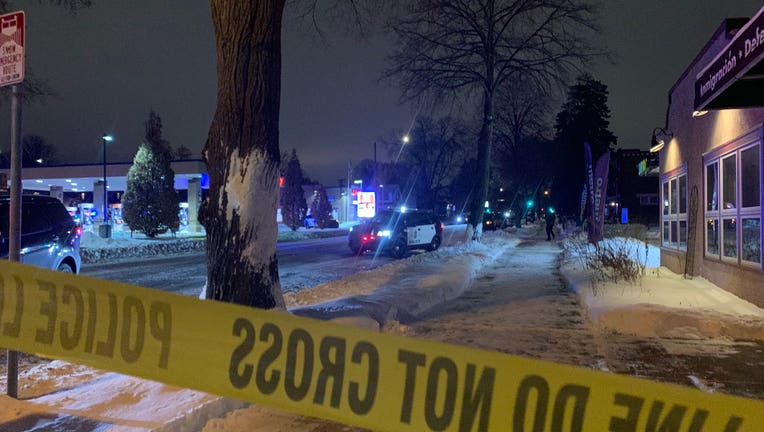 Police say they recovered a gun from the person of a man who was shot and killed in an exchange of gunfire with Minneapolis Police.

Sources told FOX 9 officers also recovered a gun from the suspect's person after the gunfire exchange.

Scene video from a fatal shooting at 36th and Cedar involving an exchange of gunfire with Minneapolis police on Dec. 30, 2020.

No officers were shot in the exchange. The officers have been isolated and are waiting to be interviewed about their role in the incident. A police spokesperson said the officers were part of a community response team.

An investigation into the shooting is underway. The Bureau of Criminal Apprehension is taking over the case.

The man was shot and killed in an exchange of gunfire with Minneapolis Police at a south Minneapolis Holiday gas station Wednesday night.

Crowd gathered at the scene of a fatal police shooting

A crowd gathered Wednesday night near the intersection of East 36th Street and Cedar Ave after a man was killed by police. Police say the man shot at officers after they attempted a traffic stop.

Police say officers initiated a traffic stop on a suspect of a felony crime near 36th Street and Cedar Avenue and gunfire was exchanged. Body cameras were activated during the incident and investigators are intervieweing eyewitnesses.

The driver of the suspect vehicle, a man, was shot and killed. The female passenger was not shot.

This is a developing story. Check back in to FOX 9 for the latest.