Chief Arradondo gave an update on the investigation into a police shooting Wednesday night, promising to release the bodycam video Thursday.

MINNEAPOLIS (FOX 9) - A man was shot and killed in an exchange of gunfire with Minneapolis police near the Holiday gas station at 36th Street and Cedar Avenue Wednesday night, Dec. 30.

At a 10 p.m. news conference Wednesday night, Minneapolis Police Chief Medaria Arradondo said the shooting happened around 6:15 p.m. as community response team (CRT) officers were making a traffic stop involving a man suspected in a felony case when it appears the suspect opened fire on police. The man was shot and killed as officers returned fire.

"MPD officers were conducting a traffic stop involving a felony suspect," Arradondo said. "Initial witness statements indicate that the subject involved in this felony stop fired first at Minneapolis police officers, who then exchanged gunfire with the suspect, who was shot and killed."

A female passenger was not shot and no officers were injured. 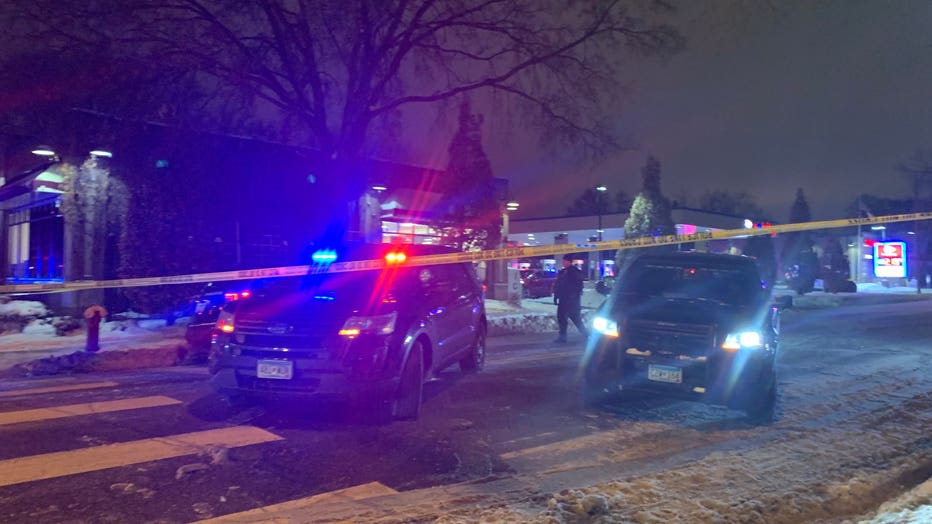 Minneapolis Police respond to an incident at a Holiday gas station on Cedar Avenue in South Minneapolis Wednesday night.

The Hennepin County Medical Examiner has not yet officially released the identity of the man and Minneapolis police deferred any questions on his identity to the Minnesota Bureau of Criminal Apprehension and the medical examiner.

Bodycam video will be released

Body-worn cameras were activated during the incident and Arradondo said the footage will be released Thursday.

Body camera footage of the incident will likely be released Thursday.

What is the CRT?

Arradondo didn't know the details of the CRT investigation or nature of the stop, or the history of the man who was killed.

"Our community response teams, they will typically do a lot more work as it relates to perhaps search warrants and other types of high-risk situations than perhaps a 911 responder," the chief said. "So they're trained in that. As far as the details, obviously a felony subject is, you take that into higher regard in terms of your approach to that situation. In terms of the details of the specific investigation of theirs, I don't have many details further than that."

Arradondo deferred additional specifics to the Minnesota Bureau of Criminal Apprehension, which is leading the investigation. But the chief did elaborate on the general role of the community response team.

"Our community response teams, or CRT teams, were actually started over a couple of decades ago," he said. "And those were teams that were really designed for precinct inspectors to deal with different types of crimes that 911 responders typically wouldn't have the capacity or time to do. And so, some of the work involves narcotic investigations, some of the work involves gun-related crime investigations. And so this I'm told was part of our community response team that was out there."

A call for community calm

Wednesday night, Arradondo called for calm in the streets as a group of protesters gathered near the scene of the shooting. He asked community members to allow for a full investigation to take place unimpeded.

"We need to preserve that crime scene so the facts can come out," he told the media.

Crowd gathered at the scene of a fatal police shooting

A crowd gathered Wednesday night near the intersection of East 36th Street and Cedar Ave after a man was killed by police. Police say the man shot at officers after they attempted a traffic stop.

He asked community members for time to process the incident and promised the bodycam video will be released Thursday.

"Events of this past year have marked some of the darkest days in our city. We know a life has been cut short and that trust between communities of color and law enforcement is fragile. Rebuilding that trust will depend on complete transparency. I am working closely with Chief Arradondo to gather all the facts surrounding what happened tonight and will be relaying that information, in coordination with State partners, to community as quickly as possible. We must all be committed to getting the facts, pursuing justice, and keeping the peace."