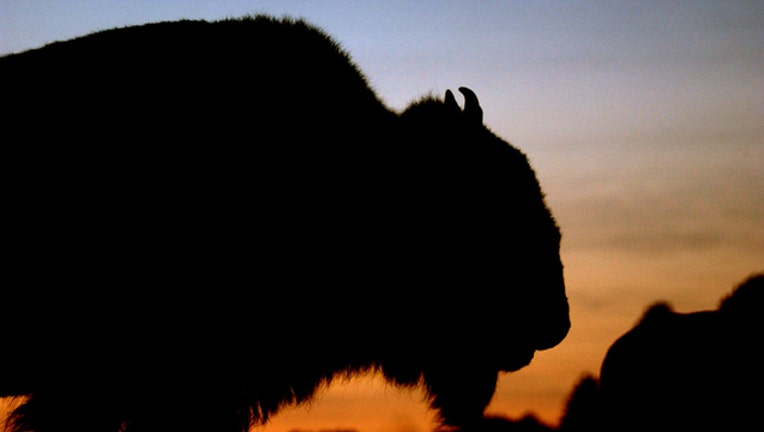 The sun sets behind a bison in Wind Cave National Park, August 14, 2001 in the southern Black Hills of South Dakota. (Photo by David McNew/Getty Images)

A bison remains on the loose Tuesday near Rochester, Minnesota, according to the Olmsted County Sheriff's Office.

The sheriff's office reported on Monday that the bison was roaming in the area of 40th Street Southwest and Bamber Valley Road. Authorities say they have identified the owner, but have yet to find the bison.

A sheriff's deputy told FOX 9 the bison had still not been caught as of Tuesday morning.

The sheriff's office is advising anyone who encouters the bison not to approach it and call law enforcement at 507-328-6800.