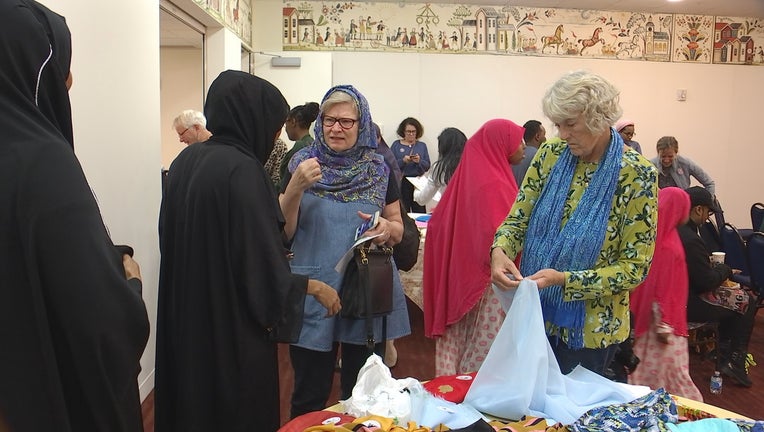 Attendees were encouraged to try out a hijab and take a photo.

MINNEAPOLIS (FOX 9) - An event in the Twin Cities highlighted the discrimination women who wear hijabs face in America, while also working to promote acceptance.

The American Swedish Institute in Minneapolis hosted the "Sew Hijab, Not Hate" event on Saturday. Organizers, who represent immigrant and refugee women living in the Twin Cities, invited people of different backgrounds to join the event.

An event in the Twin Cities highlighted the discrimination women who wear hijabs face in America while also working to promote acceptance.

At the center, visitors were encouraged to wear a hijab -- either purchased or sewn at the event -- and wear it for a photo. The organizers then asked participants to share the photo online with the hashtag "SewHijabNotHate."

"We want to educate those people who are out there who may not know what this is," explained Fartun Ismail, who helped organize the event, referencing a hijab. "This is a hijab. It is just a small scarf that you can be friendly with. You can cover up. You can cuddle. It's nothing. It doesn't carry anything. It just carries respect and modesty with a woman who just wants to cover her hair. Simple." 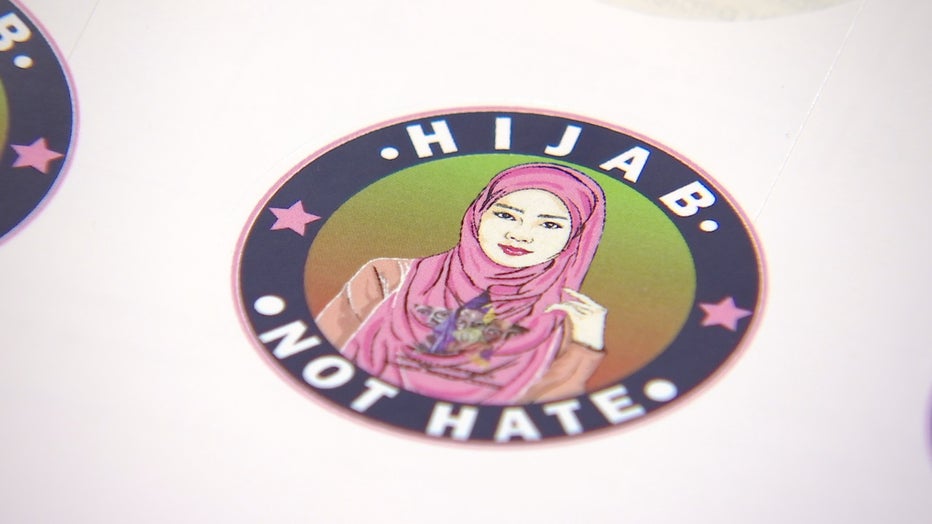 The event was hosted by the Somali American Women Action Center. Organizers also gave out free handmade scarves for women to take home after the event.