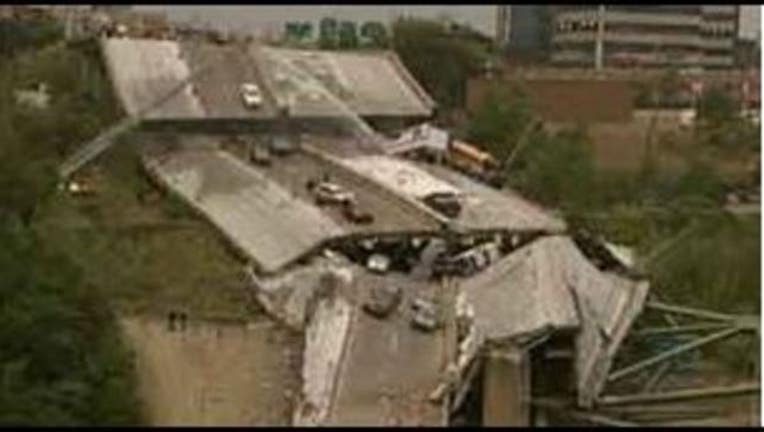 Saturday marks the 8th year anniversary of the 35W Bridge collapse that killed 13 and injured 145 people. And when August 1st comes around, Minnesotans’ all take time to pause and remember the victims, and remember where we were when the bridge fell in Minneapolis.

Survivors of the collapse gathered at the IFP media building in St. Paul Saturday to share their stories, and help keep the memory of the 13 alive. And at 6:05 Saturday night, many will gather on the 35W Bridge to show their respect for the 13 people that passed away.

The 35W Bridge will also be lit up with red, white and blue colors Saturday night in honor of the anniversary.

The 35W bridge collapse led to a $2.5 billion bridge and road repair project in 2008, focusing on over 100 bridges in Minnesota that have been deemed as serious deficiencies. In 2011, MnDOT and the state said their goal was to have the bridges under contract of repairing or replacing deficient bridges by 2018.

Construction workers have been busy just recently in the last few weeks working to fix street, highway and bridge construction throughout the metro.