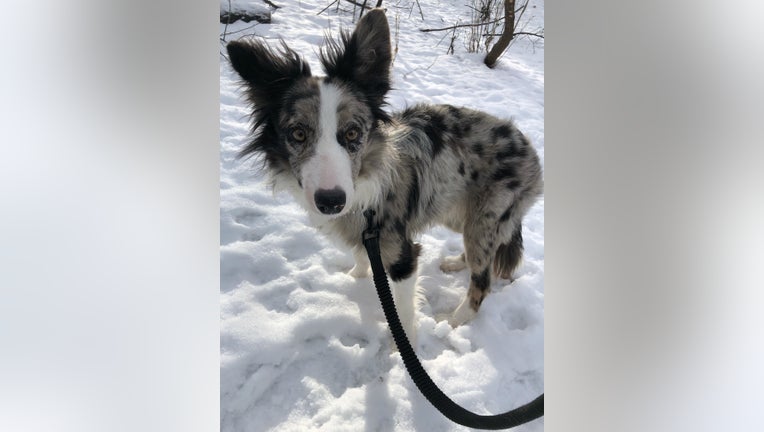 MAPLE GROVE, Minn. (FOX 9) - A Rochester family was reunited with their 11-month-old puppy after he was stolen along with the family car from a hotel in Bloomington Saturday night.

The Border Collie named Remy was eventually found in Brooklyn Park, but the family car is still missing Tuesday.

A Minnesota family was reunited with their dog who was in the car at the time it was stolen.

The family is thrilled to be reunited with their newest family member, who was being held at Pets Under Police Security in Maple Grove. He was found in Brooklyn Park Monday after a few frightening days.

Saturday, the family left Remy in the car while it was running as they went to check in to a hotel next to the Mall of America. Suddenly, the car was gone with Remy inside.

"Saturday night, when he was taken away with the car, it was pretty cold, so I was, I didn’t know if we were gonna get him back or if he would be abandoned in the car," said Rizwan Siwani, Remy’s owner.

The Siwanis have only had the pup for about three months, but said they were very attached to him. They said he seemed scared and had a bit of a cough, which they plan to get checked out.

Most importantly, he will be returning home to Rochester.