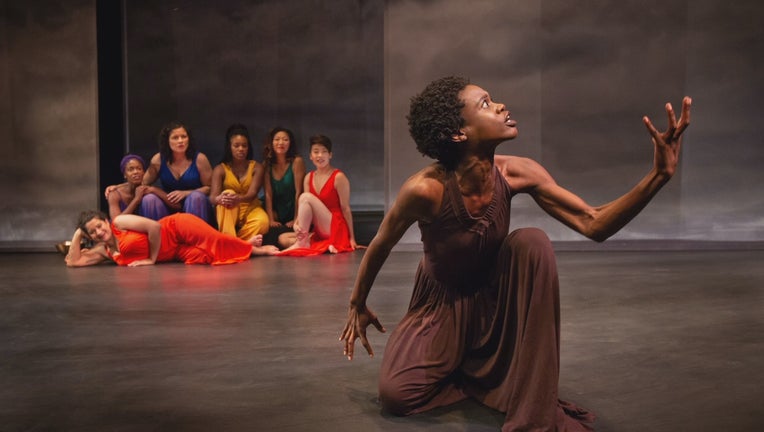 The Penumbra Theatre in St. Paul is one of the largest and most renowned Black owned, operated and staffed theaters in the United States. (Penumbra Theatre)

ST. PAUL, Minn. (FOX 9) - The Penumbra Theatre in St. Paul is well-known for being one of the largest and most renowned Black owned, operated and staffed theaters in the United States. They’re using their connection with art and storytelling to create a space for racial healing.

Penumbra Theatre was started in 1977 by Lou Bellamy. The theater opened in what is now the Martin Luther King Recreation Center in St. Paul. His goal was to create a space for Black artists to express themselves without limits, to tell their stories without any non-Black control or input.

The Penumbra Theatre in St. Paul is using its connection with art and storytelling to create a space for racial healing.&nbsp;

"The idea being that there are precious few places where that can happen – where Black people have control of their own iconology and stories and so forth," Bellamy said.

He says by giving Black artists, performers and playwrights a space to express themselves, they were able to capture the history and voice of Black communities like never before.

"It’s a space provided for Black artists to comment on their place in the world, their existence, the way they interact with the world in a situation where they have control of the icons, iconography, the descriptions of themselves," Bellamy said.

Penumbra has been home to many successful and decorated artists, like Pulitzer Prize winner playwright August Wilson.

"It’s important that young people have the right stories [and] have opportunities to see themselves reflected in the authority figures around them," company member Austene Van said.

Van has been with the Penumbra Theatre for more than 20 years. She’s seen how it’s helped Black artists and performers like herself find space in the art and theater world.

Penumbra Theatre is adding another chapter to their history, creating more space for Black expression. They are working to create a racial healing program that will use art to inspire justice and the building of better communities.

"The Penumbra of the future is a dynamic performing arts, retreat, and learning center developing new work, ideas, and sustainable strategies for social change led and generated by artists. We will nurture ethical expressions of the human spirit to inspire creativity, enact justice, and illuminate pathways to build more compassionate communities."

"The art becomes real. It actually does something. It enlightens, it fills us, fills our soul," Bellamy said.

"[Penumbra] hasn’t been just a theater. It didn’t start off to be just a theater and now it’s even bigger to wrap its arms around community," Van said.