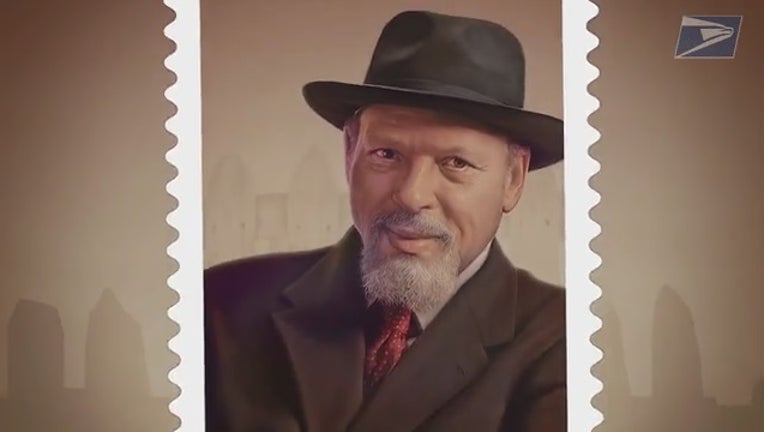 August Wilson, the famed playwright, is the face of the latest stamp in the U.S. Postal Service's Black Heritage series.

(FOX 9) - The U.S. Postal Service is honoring an award-winning playwright with Minnesota ties.

The late August Wilson is the face of a new stamp -- the 44th in the Black Heritage series. The postal service recently held a virtual dedication ceremony before the big reveal.

The stamp features an oil pointing of Wilson with a fence behind him. The new stamp is now available in post office locations around the country.

"My dad would always say that he was a poet first. So there is poetry and a rhythm in his words," said Sakina Ansari Wilson, Wilson’s daughter.

His work brought the African American experience during the 20th century to life. Wilson’s most notable plays, Fences and Ma Rainey’s Black Bottom, have both been adapted into films. During his career, he also won two Pulitzer Prizes.

Born in Pittsburgh, the playwright moved to Minnesota in the late ‘70s. The bulk of his work was featured at the Penumbra Theatre in St. Paul.

"He used to always say that you have a right to the work and not the reward and he didn’t write or do this for accolades," said Sakina Ansari Wilson. "He did it because he recognized that this was his life mission."

More than 15 years after his death, Wilson continues to make an impact on and off the stage.

"It’s still kind of that pinch me moment," she said. "I get a piece of mail and I look and it’s like, that’s my dad there."