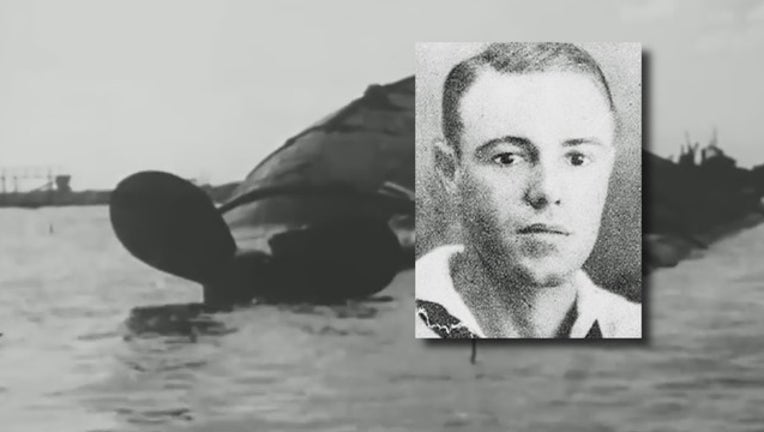 (FOX 9) - On Thursday, the remains of a sailor from the USS Oklahoma will be laid to rest by the Navy Operational Support Center in Minneapolis.

First Class Edward Shelden was assigned to the ship when it was torpedoed during the Japanese attack on Pearl Harbor. His remains are the ninth from the ship to return to Minnesota.

When we think of the attack on Pearl Harbor that began America’s involvement in World War II, the USS Arizona comes to mind. But, the USS Oklahoma was also hit that day, killing 429 American sailors.

Edward Shelden, 29 at the time, was killed while assigned to the USS Oklahoma during the attack on Pearl Harbor. Shelden had been on the ship for 10 years likely because his work was so important.

“He was a fire controlman, so he was responsible for doing the mathematical calculations to fire the guns on that battleship, and back then it was all manual; there were no computers assisting, so he had to have a high degree of skill and been highly mathematically gifted to succeed in that job,” said Petty Officer 1st Class Jeffrey Grand with the Navy Operational Support Center in Minneapolis.

On Thursday Shelden’s remains will be back home. He’s one of about 350 sailors whose remains went unidentified for over 77 years. Though Shelden is from Indiana, DNA tests helped scientists match him to his closest living relatives, who live here in Minnesota.

Glayden Iverson and Elmer Kerestes were also returned from the USS Oklahoma to come home to Minnesota.

“I’m honored to serve on these, but it’s also rewarding in seeing what it means to the families to get closure that they deserve,” Grand said.