The Black Liberation Project and Black Lives Matter banded together rally after claims emerged of a 10-year-old being pepper sprayed by police Wednesday night as dozens of protesters marched through downtown Minneapolis. The protest was a response to the decision that there would be no charges against a Madison, Wis. police officer who shot and killed unarmed 19-year-old Tony Robinson.

MORE - 'At least I got Maced and not shot'

"We want to make sure that the Minneapolis Police Department knows that their attempts to silence us will not work. We will continue to declare #BlackLivesMatter and reform of police practices that harm people of color and other vulnerable populations," the group said.

Meanwhile, several cars were blocked by protesters along the way, and one passenger on his way to work had some particularly poignant words for them.

"Martin Luther King never stopped nobody from gettin' their bread," he said.

The man and the driver ended up being late to clock in.

"This morning I spoke with the mother of a 10-year-old boy who was affected by chemical irritants downtown last night," Chief Harteau said at a Thursday afternoon news conference. "I wanted to know how her son was doing. We are both mothers and we had a good conversation."

Chief Harteau and Mayor Hodges are asking for drivers, bystanders and participants in Wednesday night's demonstration to come forward and provide their statement and any evidence that could help with the investigation. 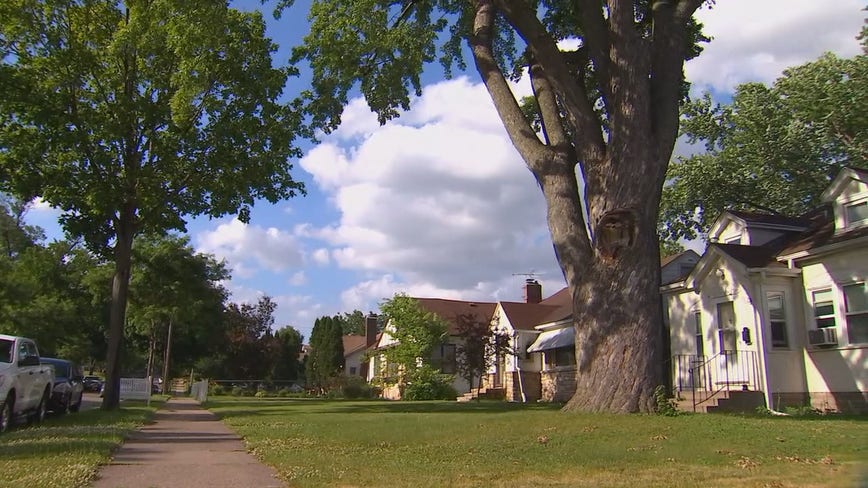