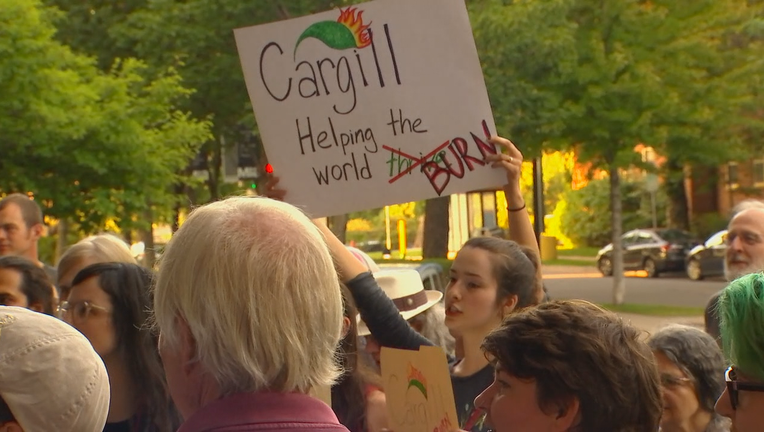 A person at the rally holds a sign criticizing Cargill. The group claims the Minnesota-based company has contributed to The Amazon's deforestation.

MINNEAPOLIS (FOX 9) - A group of protesters was out Thursday to call on companies to stop practices they say are having negative effects on the Amazon rainforest.

In recent weeks, advocacy groups have called attention to increased deforestation in the rainforest. As of late August, Brazil's National Space Research Institute had recorded more than 76,000 wildfires across the country in just a year. The agency said that it equates to an 85 increase over last year's figures.

In Minneapolis, protesters put their focus on Minnesota-based Cargill who they say has contributed to the forest's deforestation. A group of 50 showed up to the Minneapolis Institute of Art -- an organization that Cargill and the Cargill family has supported.

Protesters in Minneapolis are calling on companies to take action after fires tore through the Amazon rain forest. One group of activists is calling out Minnesota-based Cargill.

Protesters went into the museum, but after staff prevented them from getting into the gallery, they laid on the floor for about five minutes, blocking an entrance.

"I hope that our message got through to their heart and their soul because that’s where all of this is going to have an impact," said protester Kyle Samejima.

The group says they want people to take action before it's too late. They say large-scale soy animal feed companies, like Cargill, have contributed to the forest's destruction.

"Once you burn those forests, all the biodiversity goes all of the critters that live in there have no place to live now," explains professor Jean Ross. 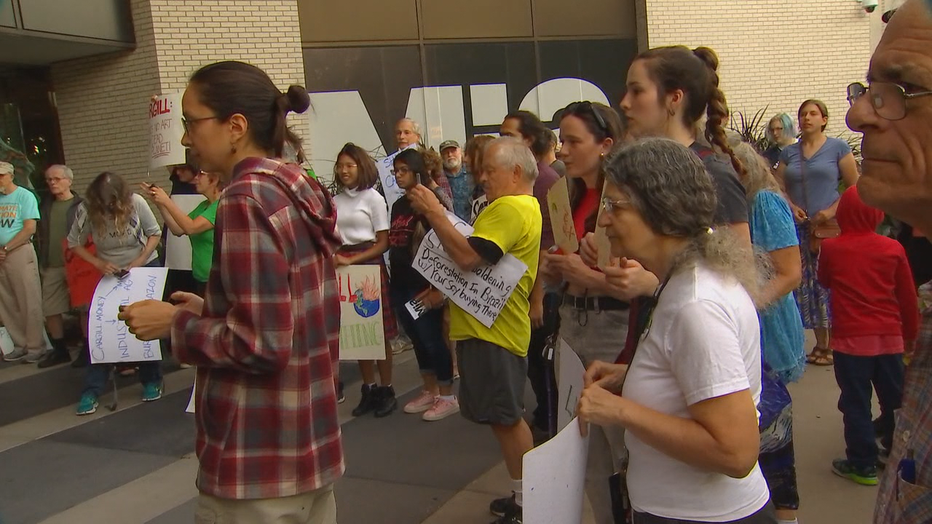 In a statement, Cargill denied the protesters' claims, saying they have abided by the Brazilian Soy Moratorium since 2006 in which they promise not to use soy sourced from newly deforested lands in the rainforest. They also say they've worked with organizations to maintain the rainforest and train farmers to use sustainable practices.

A spokesperson wrote, "Cargill is committed to protecting the Amazon. Illegal deforestation and deliberate setting of fires in the Amazon is unacceptable. Along with others in the food and agriculture industry, we will continue to partner with farmers, governments, NGOs and our customers to advocate for approaches to preserve this important ecosystem."

As for the Minneapolis Institute of Art, they said that they did not have a comment on the protests at this time.