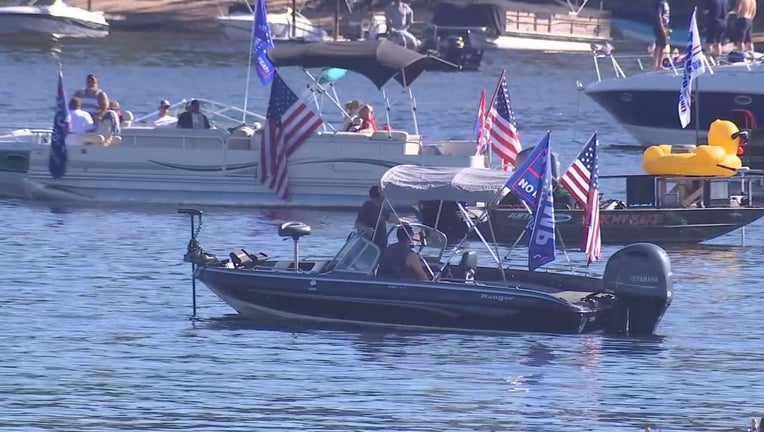 PRESCOTT, Wis. (FOX 9) - Boaters on the St. Croix River were showing their support for President Donald Trump on Saturday.

Boat owners gathered Saturday morning for the rally which started in Prescott, Wisconsin with plans to cruise north to Stillwater, Minnesota on the St. Croix. Our chopper showed dozens of boats in the water Saturday afternoon; however, one attendee estimated more than 1,000 boaters joined in the water rally. 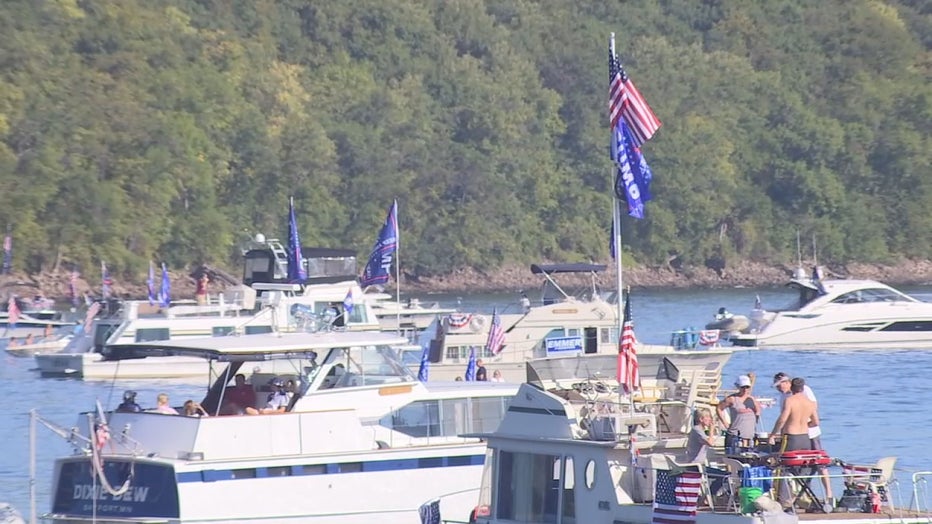 Saturday's parade was just one of a number of events planned by boaters across the country to support the president in his 2020 run. Other similar events, including a car parade that ended tragically in Portland, Oregan, have been planned in recent weeks.

Farther south on Saturday, the City of Red Wing, Minnesota said a large Bikers for Trump rally was expected to be held across the river in Hager City, Wisconsin.