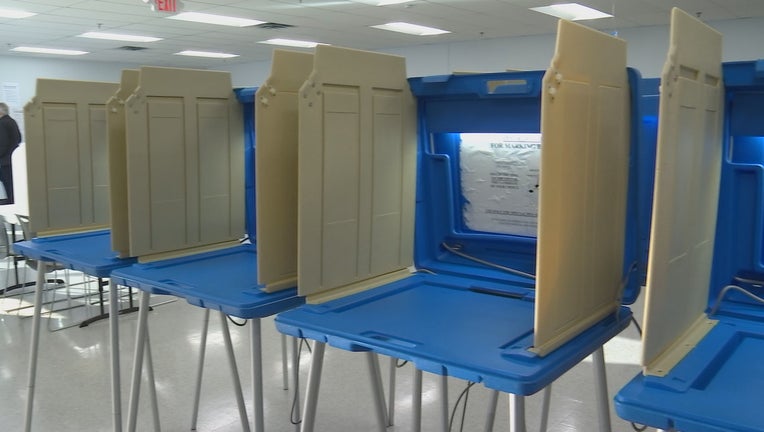 Minnesota’s first primary since 1992 will require voters to pick a Republican or Democratic ballot at their polling place. All of the state’s major political parties – the DFL, Republican Party of Minnesota, Grassroots-Legalize Cannabis Party, and Legalize Marijuana Now Party – will get lists showing which party each voter chose.

Parties will have access to which primary ballot voters choose

Early voting in Minnesota starts on Friday and the rules are different.

There are no restrictions on how the parties use that data, which would allow them to sell the information or post it online. Secretary of State Steve Simon said the Legislature should change the law quickly, before votes are counted in the March 3 primary.

“I am concerned this will have a chilling effect,” Simon said in an interview. “I think that is really bad for Minnesota voters, and bad for voter privacy, and that’s why our office is pushing legislation that will impose some real teeth and some real limitations on what the parties can do with that data.”

Simon said, at a minimum, he wanted to see restrictions on how the parties could use the data. Minnesota voters should be able to opt out from appearing on the lists, he said.

Early voting starts 46 days before the election. But there’s time for the Legislature to change the privacy law because votes aren’t counted until March 3, Simon said.

When Minnesota switched from a caucus system to a primary for the 2020 election, the political parties asked for the data. It’s needed to comply with national party rules and will assist in targeting potential voters, they have said.

Voters will have to sign an oath to get a ballot. The process requires a voter to certify that “I am in general agreement with the principles of the party for whose candidate I intend to vote.”

The political parties will not receive data showing the specific candidate that a voter chooses.

Minnesota’s 2020 primary will bind delegates on both sides, meaning they’re required to vote a certain way at the party conventions this summer. Few Minnesotans will have experience voting in such a primary.

The 1992 primary was not binding on DFL delegates, meaning it was of little consequence. The last time Minnesota had a binding primary was in 1956.

The City of Minneapolis has opened a new early voting center, 980 E. Hennepin, which will start operations at 8 a.m. Friday morning for the presidential primary.

“We are trying to educate voters in advance, and we are prepared,” Wachlarowicz said. The city will be providing information on social media and through the mail, she said.

Minnesotans will be among the first Americans to vote in the 2020 presidential election. Minnesota is the first state in the country to open early voting to all voters.

But the votes won’t be counted until the March 3 primary, known as “Super Tuesday” because more than a dozen states vote that day.

That creates the possibility that voters change their support during the early voting process. If that happens – or if a voter’s chosen candidate drops out of the race – the voter can retrieve their ballot and re-vote.

The ability to claw back a ballot ends on Feb. 25, one week before the primary.

“It’s all documented. We have it all organized so that (the ballot) can be easily found, documented that it was spoiled – invalidated – and a new ballot is issued,” Wachlarowicz said.