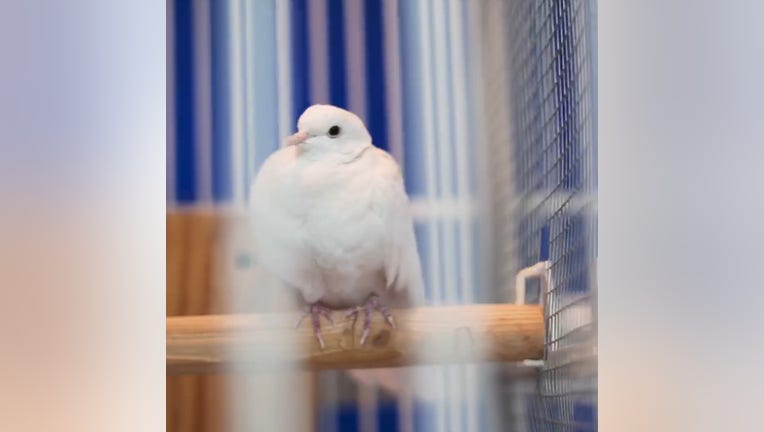 CHANHASSEN, Minn. (FOX 9) - A dove formerly owned by the music icon Prince has passed away, according to officials at Paisley Park.

Divinity was the female white dove owned by Prince. She died on Tuesday following a recent decline in her health due to her age. She was 28 years old, much longer than the average dove's lifespan.

Following Prince's death in 2016, Divinity remained at Paisley Park and could be seen during the tours of his former estate.

"Divinity’s beautiful coo has welcomed visitors since Paisley Park first opened its gates to the public in October 2016," said Alan Seiffert, Executive Director of Paisley Park in a statement. "She was one of the enduring links to Prince for thousands of fans. She will be missed."

Doves played an important role in the musician's imagery, most notably his hit song "When Doves Cry." In addition to Divinity, Prince owned a dove Majesty, which according to reports, were quiet in the immediate days following his death, but perked up after hearing his music.

A new generation of doves will continue to live on in her spirit at Paisley Park, according to officials.