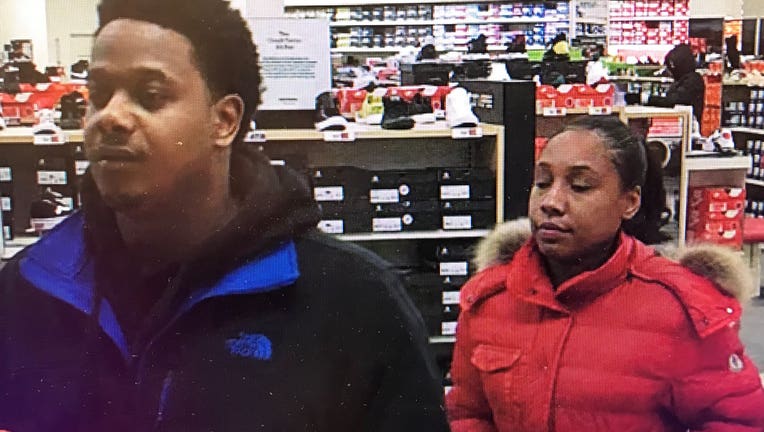 Police are looking to identify two suspects accused of stealing shoes from Famous Footwear in Roseville, Minnesota and spraying an employee with a chemical as they left. (Roseville Police Department / FOX 9)

Police in Roseville, Minnesota are investigating two suspects who sprayed an employee with a chemical irritant after robbing a shoe store.

The robbery occurred at 6:18 p.m. Friday at the HarMar Mall. Roseville Police Chief Rick Mathwig said two people shoplifted two pairs of shoes from Famous Footwear. When one of the employees went outside to confront them after they left the store, the suspects sprayed him with a chemical irritant similar to Mace. The suspects then fled the area.

The employee was not seriously hurt.

Surveillance photos from the store show the two suspects.