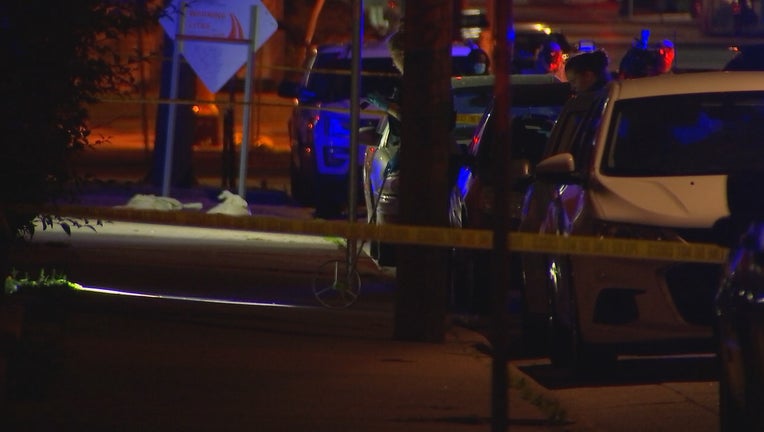 Police investigate along 14th Street East in Minneapolis after a shooting on June 4, 2020.

MINNEAPOLIS (FOX 9) - Police are investigating after a man was found dead in a vehicle parked a short distance from North Memorial Hospital in Robbinsdale, Minnesota on Thursday.

A spokesperson for the Minneapolis Police Department, which is handling the investigation, says it's likely the man was injured during a reported shooting on the 3300 block of North Colfax Avenue.

After the shooting, investigators believe the victim was driven to North Memorial and left in the vehicle. The vehicle was spotted by a hospital worker headed into for their shift around 9 p.m.

According to police, the worker thought the vehicle looked suspicious and notified a Hennepin County Sheriff's deputy who was working at the hospital. In the vehicle, the deputy found the body of a man.

Deputies notified the Minneapolis Police Department which had a Spotspotter report on Colfax around 7:45 p.m.

No suspects are in custody in that case.

At the same time, police are investigating a separate shooting on the 700 block of 14th St. East in Minneapolis.

For that shooting, officers say they were called to the location for the report of a man waving a gun around 9:45 p.m. On the way to the scene, police learned a shooting had occurred.

At the scene, they found a male victim who suffered grave injuries from gunfire. He is being treated at Hennepin County Medical Center in serious condition.

In this case, police say the suspect and victim appear to have known each other.

The investigations into both cases is ongoing.