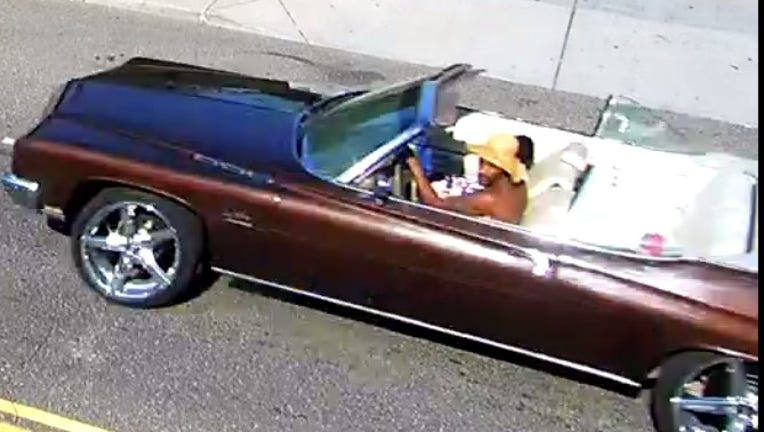 The driver seen in the photo is a suspect in a shooting that took place June 14 in St. Paul. Credit: St. Paul Police

ST. PAUL, Minn. (FOX 9) - Police are looking for the driver involved in a shooting last month in St. Paul, Minnesota.

According to police, back on June 14, the driver of a 1971 Buick LeSabre was involved in a shooting near Jessamine Avenue and Arcade Street.  Police said a young child was in the front passenger seat when the driver shot at another motorist.

The convertible has a custom paint job and is described as brown or burgundy. The seats appear to have white custom leather.