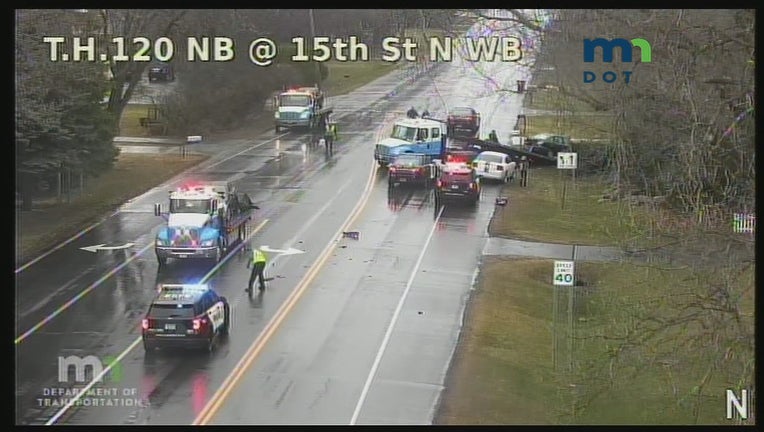 A road rage incident led to a crash involving multiple vehicles on Highway 120 in Oakdale on March 23, 2021, according to Oakdale police. (MnDOT)

OAKDALE, Minn. (FOX 9) - A road rage incident in which a woman was shot at by another motorist resulted in a crash in Oakdale, Minnesota Tuesday afternoon.

A woman told police a dark SUV was following her and, at one point, the driver pointed a gun at her. She got nervous and drove off into the side streets in Maplewood, where she says the driver shot at her.

Then she drove back onto Hwy. 120 in Oakdale where she crashed into a vehicle that, in turn, struck another.

The dark SUV with the alleged gunman was not involved in the crash. Nobody is in custody in relation to this incident.

Nobody was injured in the crash or in the shooting. Maplewood Police did not find evidence of a shooting.