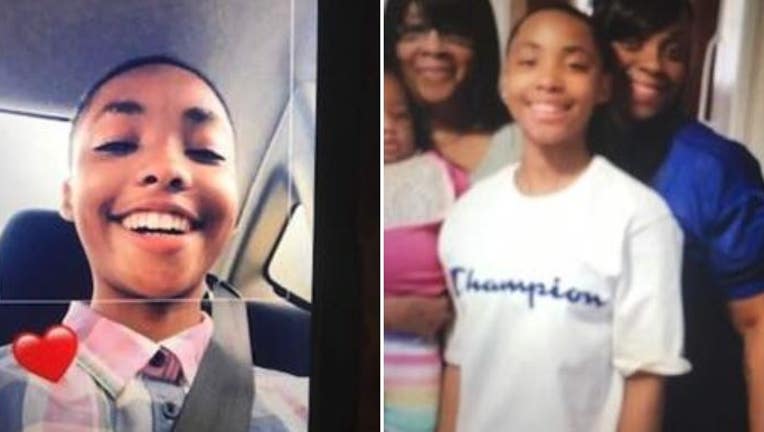 Navaeh Bryant-Triplett, 13, has been missing from her home in Minneapolis since Wednesday night. ( Minneapolis Police Department )

MINNEAPOLIS (FOX 9) - The Minneapolis Police Department is asking for the public’s help in locating a 13-year-old girl who has been missing since Wednesday night. Her 7-year-old brother was also missing, but has since been located and is safe.

The siblings were last seen at their home on the 2400 block of Washington Street Northeast at 4:30 p.m. They were believed to be on their way to the local recreational center.

Navaeh Bryant-Triplett, the 13-year-old, is known to frequent the downtown around the library, transit areas as well as the area near Lowery Avenue North and Bryant Avenue North.

Anyone who has seen Naveah or has information on her whereabouts is asked to call 911 immediately.