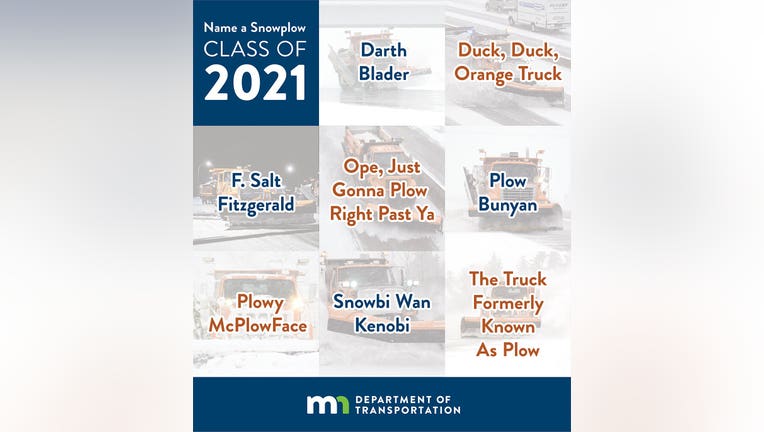 The eight winning names of the state's Name a Snowplow contest. More than 22,000 submissions were whittled down to 50 finalists last month. Here are the eight highest vote-getters. (MnDOT)

In February, the state’s department of transportation released the 50 finalist names it narrowed down from the more than 22,000 initial submissions. After the voting concluded, the eight names receiving the most votes were announced winners.

They are, in order of vote totals:

The eight MnDOT districts will be formally naming their plows on their various social media accounts over the next month.

To see the vote tallies for all the finalists, click here.