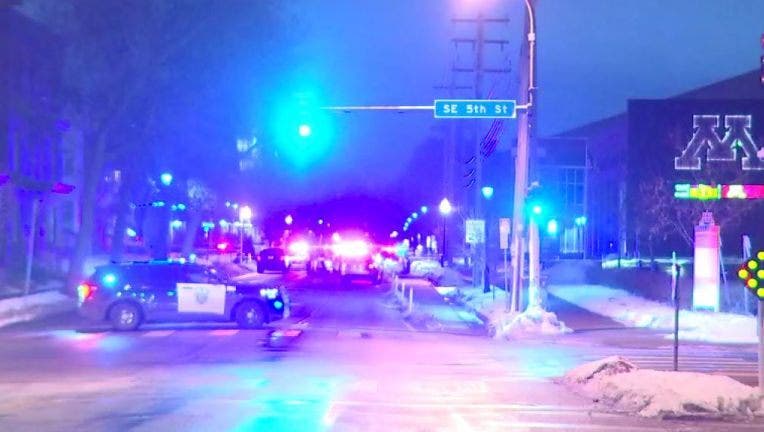 Police investigate a shooting near the University of Minnesota campus Saturday night. (FOX 9)

The residence is located near 14th Ave SE and 6th St SE in Dinkytown. Late Saturday night, two people were seriously injured in a shooting there. In a Facebook post, UMPD mentioned there have been two recent shootings in that area.

"The incidents occurred during large parties at the residence, and no University students were involved," read UMPD's post in part.

The Minneapolis Police Department is investigating the cases.