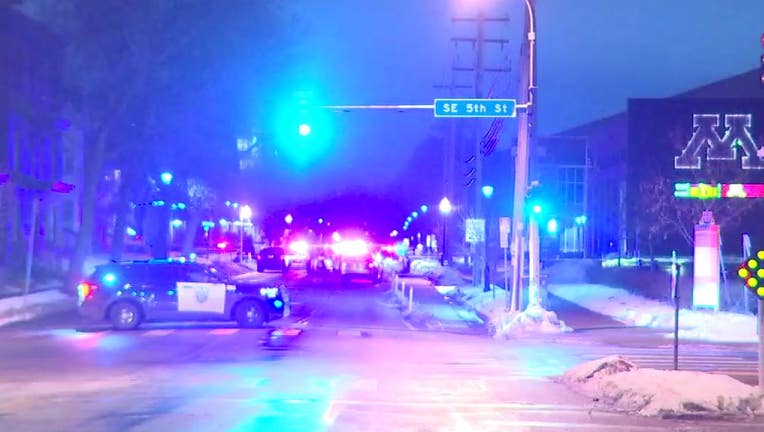 Police investigate a shooting near the University of Minnesota campus Saturday night.

(FOX 9) - Two people were injured in a shooting Saturday night near the University of Minnesota campus in Minneapolis.

According to Minneapolis police, at about 10:38 p.m., officers responded to a shooting on the 1400 block of 6th Street Southeast. When they arrived, they found numerous people fleeing on foot and located a victim outside suffering from gunshot wounds. The person is believed to be 24 years old.

While officers rendered aid, other officers located a second gunshot victim inside the home. The other victim is believed to be 18 years old.

Both victims were treated and transported to the hospital in critical condition, but both are expected to survive.

There is no one in custody yet.