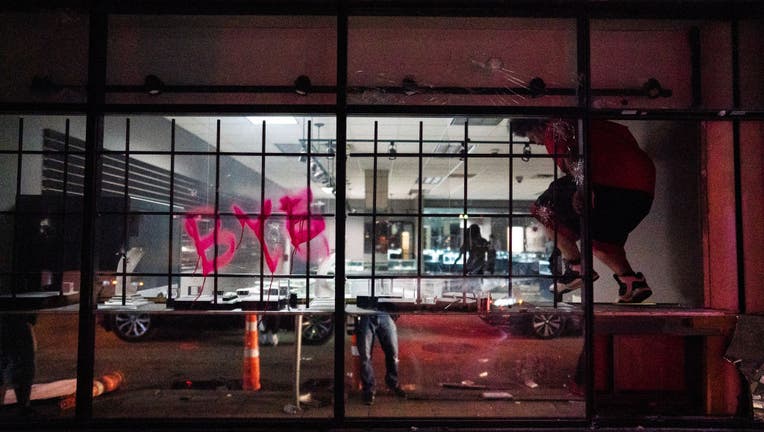 MINNEAPOLIS (FOX 9) - Due to a lack of evidence, a pawn shop owner will not be charged in connection to a deadly shooting that happened amid the riots in Minneapolis following the death of George Floyd, according to Hennepin County Attorney Mike Freeman.

Minneapolis police were investigating for the past six months but were unable to recover enough evidence that could overcome a self-defense argument if the case went to court.

"Based upon the facts and available evidence, the state could not prove it was not self-defense and prosecutors are ethically prohibited from filing charges against someone knowing it would not be possible to prove it beyond a reasonable doubt," read a press release from the Hennepin County Attorney's Office.

The shooting happened on May 27, just two days after the death of George Floyd, who died after being taken into custody by Minneapolis police. Tensions were high toward police as crowds gathered outside of the MPD's Third Precinct building. That night the largely peaceful demonstrations turned violent, as looting broke out and buildings were set on fire.

Around dusk, officers responded to a shooting in the 1500 block of E. Lake Street and found 43-year-old Calvin Horton of Minneapolis injured with a gunshot wound, lying on the sidewalk in front of Cadillac Pawn & Jewelry. Officers started first aid, but they were physically and verbally assaulted by protesters, so they had to move him into another building. When the ambulance arrived, the area became so chaotic that the officers, not the paramedics, had to bring Horton to the ambulance. Horton died that evening at Hennepin Healthcare.

At the pawn shop, a crowd threatened to kill the officers, so police arrested the pawn shop owner and left the area, determining it was unsafe to stay and process the shooting scene. Police returned the next morning, but by then the store had been looted, including the security cameras and recording equipment that would have captured the shooting. The equipment was never found.

A witness told police Horton was among a large group of people who broke into the store that night and at least one of them - but not Horton - was armed with a gun. The witness said Horton had moved toward the shop owner and was about seven feet away when the shooting happened. An autopsy determined Horton was turned sideways when he was shot but was unable to determine how far apart he was from the shooter.

Police worked to find other witnesses, but they either did not come forward or refused to speak to police.

The pawn shop owner also did not speak with investigators.

If more evidence were to surface, the Hennepin County Attorney's Office would reconsider its charging decision.