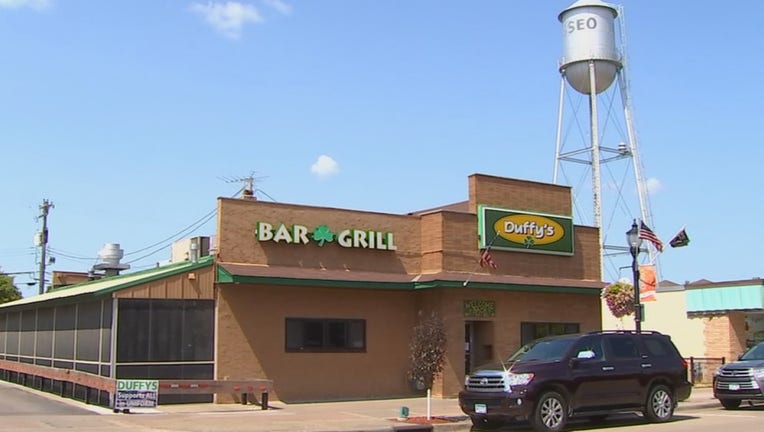 OSSEO, Minn. (FOX 9) - Martin Duffy is proud of his bar and restaurant that he built with his family in downtown Osseo. But now, after they couldn’t find enough workers, they’ve had to make a difficult decision.

"We talk about this place having history,…this place was constructed, I believe, in 1875," Martin Duffy said, pointing at a pair of liquor licenses from 1912 and 1913 that hung in the original building.

An Osseo bar is adapting its hours after struggling with staffing shortages as the pandemic continues.

Typically open every day, Duffy’s is now closed on Mondays, a move they hope is just temporary as they turned customers away during the lunch hour. They have also cut back kitchen hours the rest of the week and slashed their menu options to reduce prep and cook time with a short-handed staff.

The Duffys are offering $15 or more an hour to start, with no experience needed. But, they still can’t find anyone interested in the back of the house positions, despite the promise of on-the-job training.

They figure the hiring challenge is due to a $300 weekly federal boost on top of current unemployment benefits, as well as a potential exodus of restaurant and hospitality workers from the industry during pandemic shutdowns.

The nation’s small business administrator visited the metro on Monday, promising continued relief and resources from the federal government for main street employers like Duffy’s.

"There’s been a variety of impacts across the board," said Isabelle Guzman, U.S. Small Business Administrator. "Some restaurants are able to retain their employees and hire employees depending on their specific marketplaces, and others have continued to struggle."

But, Josh Duffy, who serves as General Manager for his dad, said he’s confident the restaurant will bounce back. The family interested to see the number of applicants they get once the $300 unemployment bonus expires on Sept. 4.

"Duffy’s will be here for years to come. This was not a decision based on business levels. This decision was based on the health of our staff."