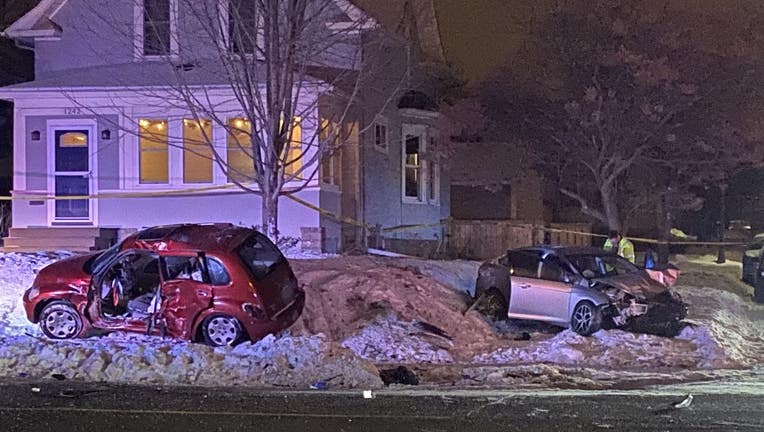 ST. PAUL, Minn. (FOX 9) - St. Paul police are searching for the person responsible for a crash involving a stolen vehicle that left one person dead and another hospitalized Thursday morning.

According to the St. Paul Police Department, around 3 am., an officer on patrol saw a stolen Ford Focus near the intersection of Frank Street North and Phalen Boulevard. As the officer turned to investigate the stolen vehicle, it sped up and turned south onto Atlantic Street.

Police said the officer did not activate their emergency lights or initiate a pursuit, but they followed the path the stolen Focus took and came upon a crash involving the stolen vehicle and a Chrysler PT Cruiser at Atlantic Street and Minnehaha Avenue East.

A preliminary investigation revealed the stolen Focus ran the stop sign on Atlantic Street and struck the PT Cruiser.

Officers located two women who were passengers of the stolen Focus at the scene. One had a minor injury and paramedics transported her to Regions Hospital as well.

Witnesses described two men running from the stolen car after the crash. They have not been located.
Investigators are working to identity the two men that fled from the crash scene.