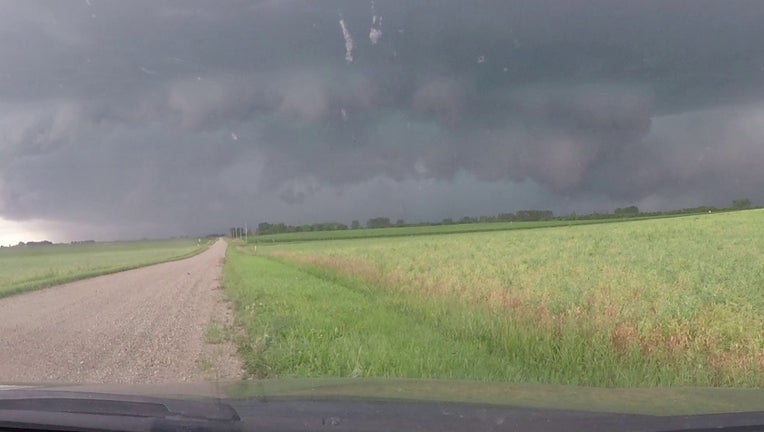 Severe storms, including a tornado, moved through Nicollet County on July 11, 2020. (Bill Doms)

NORTH MANKATO, Minn. (FOX 9) - The National Weather Service determined an EF-0 tornado touched down outside of North Mankato on Saturday, according to the damage survey released Monday.

The tornado started at 3:08 p.m. near Judson and ended at 3:13 p.m. near North Mankato, according to the report. The tornado reached estimated peak winds of 80 miles per hour and stayed on the ground for 2.45 miles.

While no one was injured, the tornado damaged or uprooted hundreds of trees, flattened "swaths of corn," and tore off part of a roof on a machine shed.