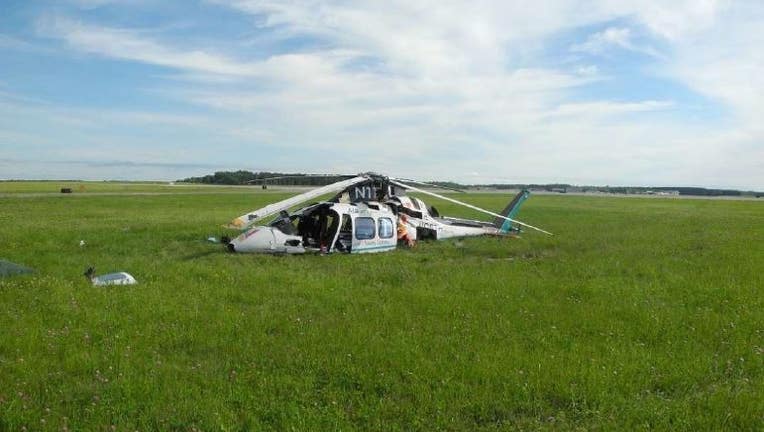 The NTSB released this photo of the aftermath of a helicopter crash in Brainerd, Minn. last summer that killed the pilot and a nurse. (NTSB)

(FOX 9) - Officials determined the cause of a deadly North Memorial helicopter crash in Brainerd, Minnesota last summer to be the pilot’s disorientation during poor weather conditions.

The final report submitted by the National Transportation Safety Board determined the probable cause of the crash to be, "The pilot's spatial disorientation during an instrument approach in dark night instrument meteorological conditions, which resulted in a loss of control and subsequent impact with terrain."

Officials determined the cause of a deadly North Memorial helicopter crash in Brainerd, Minnesota last summer to be the pilot’s disorientation during poor weather conditions.

The final report showed “no evidence of mechanical malfunctions or failures that would have precluded normal operation.”

According to the NTSB’s investigation, weather conditions and visibility deteriorated as the pilot made his approach to Brainerd Lakes Regional Airport just before 1 a.m. June 28, 2019.

Communications logs show the pilot called for a “go-around” to reattempt the landing before the helicopter spun and crashed into a grassy area between two runways at the Brainerd airport.

A recording of the flight and the pilot’s communications showed him saying “sorry guys” twice before the helicopter made impact, killing him and a North Memorial nurse. A paramedic was seriously injured in the crash. 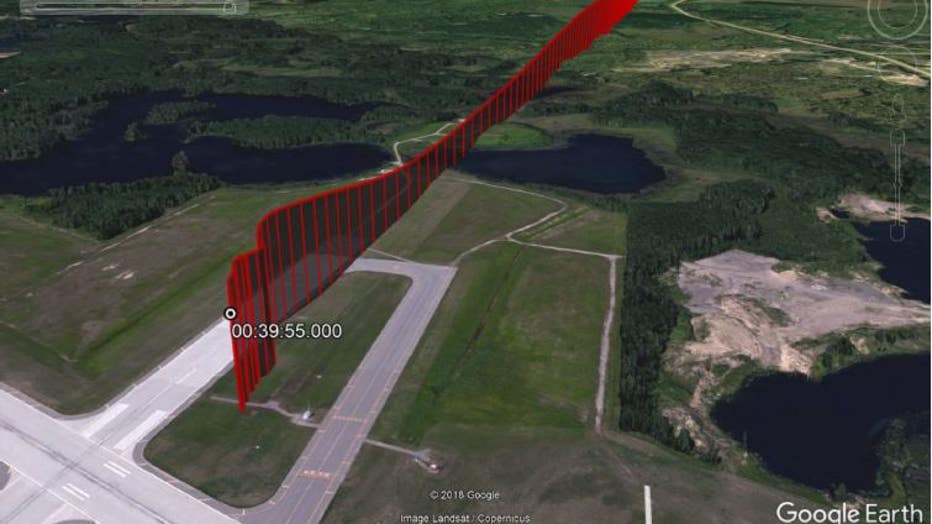 The paramedic, Josh Duda, told NTSB investigators that the runway surface and lights were visible below a thin layer of fog as the pilot approached the landing. Duda described to investigators what the pilot said he saw in the moments before the crash.

“He noticed a few clouds to the side of the helicopter and recalled the pilot remarking that the weather conditions were foggy, and they would need to go-around,” says the report of Duda’s recollection.

Visibility at the time of the crash was 0.25 miles and the cloud ceiling was as low as 200 feet, the NTSB report said.

The helicopter sustained substantial damage and the wreckage was transported to Washington, D.C. for further evaluation by the NTSB.

After the crash, North Memorial grounded its fleet out of respect for the victims of the crash and the EMS community mourned those lost in the crash.

Families, including that of nurse Deb Schott, who died in the crash, mourned the loss of their loved ones.

Gov. Tim Walz ordered flags at half-staff in honor of the victims of the crash.

The pilot of the crash, Tim McDonald, was laid to rest at a funeral service in Lakeville.

We acknowledge the findings of the National Transportation Safety Board and appreciate their thorough investigation of this accident. We are grateful for the efforts, expertise and life-saving response of the Brainerd Police and Fire Departments, Crow Wing County Sheriff’s Office, Baxter Police Department, our own paramedics and EMTs, and the medical team at Essentia Health - St. Joseph’s Medical Center in Brainerd immediately following the accident. We honor the memories of Deb Schott and Tim McDonald and celebrate the continued recovery of Josh Duda. Our many thanks to the community of first responders – our partners in providing emergency care to communities throughout Minnesota and western Wisconsin – for the way they supported North Memorial Health and the families of our crew members following the accident. Words can never fully convey our gratitude.