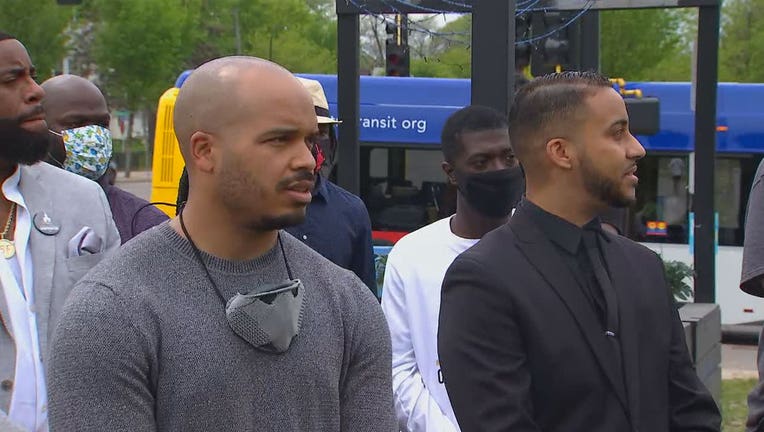 MINNEAPOLIS (FOX 9) - As the city deals with the aftermath of yet another shooting, community members are calling on city council members to get on the same page on a plan to deal with the violence.

On the corner of Penn and Lowry, councilmembers Jeremiah Ellison and Phillipe Cunningham gathered northside residents to say there needs to be a community response to the rising violence. They also defended their position of replacing the Minneapolis Police Department despite all of the gunfire.

As the city deals with the aftermath of yet another shooting of a child, community members are calling on city council members to get on the same page on a plan to deal with the violence.

"It does not dismiss the role of law enforcement to demand a comprehensive approach to public safety," said Cunningham.

Both men were absent from Monday’s event with Mayor Jacob Frey and Chief Medaria Arradondo. Ellison said he was not invited.

The councilmembers say they have support of residents who support police, but say policing needs to change.

"I shouldn’t be afraid of a police officer that’s paid to protect and serve me," said Kimberly Jones, a north Minneapolis resident.

Rev. Jerry McAfee, a longtime activist, warned the councilmembers that if they don’t get it together, that he would run for city council, too.

"Because right now, you guys are causing just as much division as we got on the block," he said.

McAfee called on the councilmembers to stop debating and to agree on a quick response.