Many young carjacking suspects are being let free by the justice system as fast as they are being arrested. Prosecutors, police and politicians are trying to figure out what to do next but are they all working together to come up with a cohesive plan to bring the problem under control? Tom Lyden reveals a void in the system that could be contributing to the revolving door.

(FOX 9) - CORRECTION: A previous version of this story said Isaiah Foster was arrested last May for an incident in which police recovered weapons. In fact, that case involved a 17-year-old referred to as A.J. We regret the error.

Twin Cities prosecutors and police say they already know many of the repeat juvenile offenders in carjacking cases. Holding them accountable without jeopardizing their future is the challenge.

St. Paul Assistant Police Chief Robert Thomasser said he knows of 12 individuals that have been arrested more than one time and suspect the group is responsible for a large majority of St. Paul's carjacking crimes.

"What I see is the same names coming across my desk of people who are committing violent felonies. People who were committing crimes that weren't as serious as they are today and have been in our criminal justice system for quite a while," he told the FOX 9 Investigators. 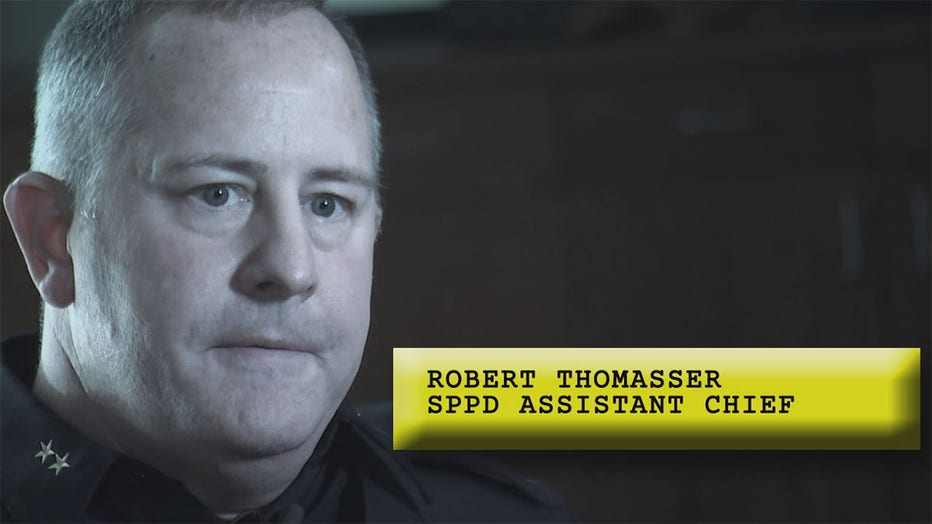 There were more than 640 carjackings in Minneapolis, which is a 60 percent increase over 2020 when there were 388. Crime maps show the highest concentration of carjackings is in a swath across south Minneapolis.

Meanwhile, according to Minneapolis Police 75 percent of the suspects arrested were repeat offenders.

The spike in carjackings is occurring in major cities, like Chicago, New York, and D.C., but also and in Minnesota suburbs like Edina and St. Louis Park.

Some experts have blamed the pandemic for an increase in juvenile crime, or that teenagers aren’t in school. But a chorus of police chiefs in the western suburbs believes there is a lack of accountability in the system.

They gave Hennepin County Attorney Mike Freeman a list of 32 cases they say his office declined to prosecute, dismissed charges, or plea-bargained away.

The Hennepin County Attorney refused to release the document to the FOX 9 Investigators, who obtained it through a public records request of another agency. 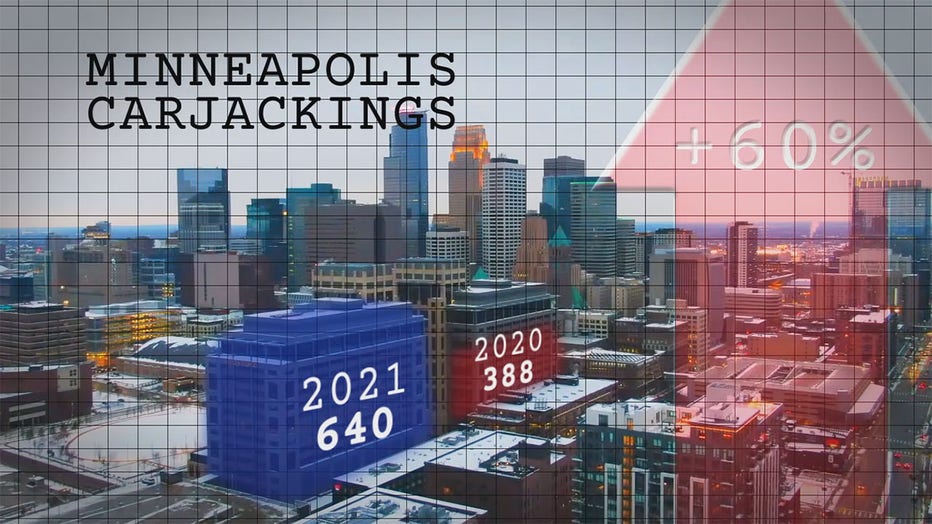 There were more than 640 carjackings in Minneapolis, which is a 60 percent increase over 2020 when there were 388.

"Sitting, Monday morning quarterbacking, in their offices ain't the answer. We got to work together, and we shouldn't be whining and complaining about each other," Freeman told the FOX 9 Investigators.

Freeman said he has special prosecutors devoted to carjackings and has charged 85% of the cases brought to him.

Last month his office charged Kashawn Wertman, 18, and Nautica Argue, 19, with more than 20 carjackings across the metro.

Freeman is also trying to re-boot Minnesota Heals, a crime-fighting approach used in the late '90s when Minneapolis earned the nickname 'Murderapolis.'

"Heals 2.0 really means that we need to get the community involved, the faith groups, the business community, the police with some innovative techniques, the prosecution with aggressive prosecution of the existing cases, some creative sentencing. All of that needs to be done to cut back on these number of carjackings," Freeman said.

But the chiefs are skeptical that an old approach to homicide will not work with the new breed of carjackings, which they see as a form of "recreational violence."

They also wonder whether Freeman, who has a year left in office, has the juice to lead the effort. 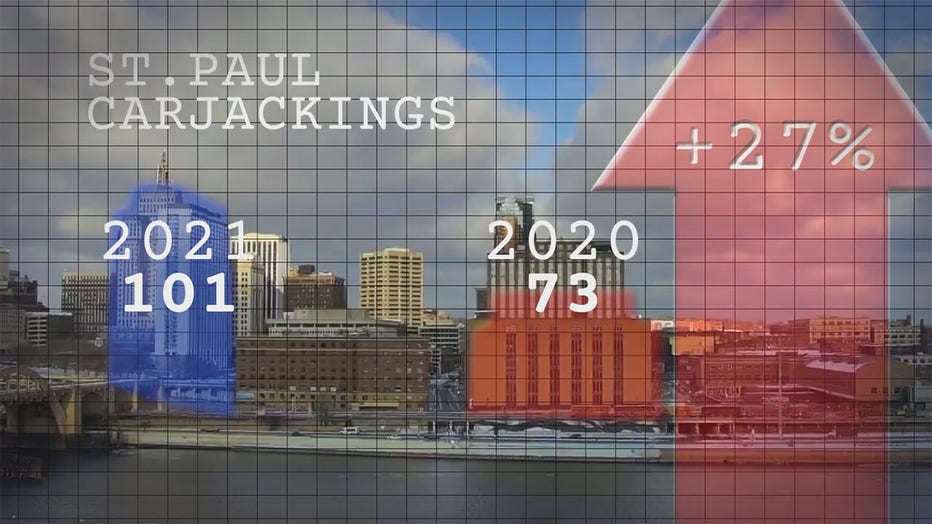 "I think the challenge that we have now and, this was part of our discussion with him at our meeting, was a concept back in the '90s, well, how does that relate to the current problems that we're experiencing?" remarked Werner, who is also President of the Minnesota Chiefs of Police Association.

Chief Correy Farniok of the Orono Police Department said the number of juveniles involved in the crimes is much higher than in previous years.

"I don't think we can snap our fingers and have a resolution overnight. It's just having the tough conversation saying, are we doing enough," he added. "I tend to agree in some instances, for juveniles to incarcerate them, they maybe come out more harden criminals, are we solving a problem or creating another one down the road, but to give them a pass is not right either."

When asked about what happens to a juvenile in a violent carjacking, Thomasser said, "We'll put them into a juvenile detention center. And then we'll mostly find that they're out shortly thereafter.

In fact, our investigators now, when they start to see spikes in that crime type, carjackings, they'll look to see who got out of jail, and they'll use that as developing a possible suspect list as to whom we should start looking at for being responsible for those crimes."

Just before Christmas, Isaiah Jamal Foster mugged an 81-year-old lady walking into Walgreens, leaving her with a concussion and broken pelvis.

A couple of days earlier, he was one of three suspects in a carjacking near Grand Avenue, with a two-year-old child in the car.

His mother recognized him on television, "100 percent sure," she said – and called the police – who she said she doesn't trust, because "she loves her son but didn't raise him like that," according to the criminal charges.

Foster was facing four years in adult prison; instead, he got a six-month placement at a residential treatment center.

His alleged accomplice in the carjacking, a 17-year-old identified as A.J., has an even longer rap sheet: 14 felonies in Hennepin County, including two cases of aggravated robbery and auto theft.

Last June, he was recommended for adult prosecution. Instead: A.J. went to group homes, where he walked away twice and went AWOL from home monitoring seven times.

A judge identified him as a "high risk to be an aggressive re-offender." When he was only eight years old, A.J.'s father was incarcerated and died in prison.

A.J. and his mother spent years homeless. He has been shot at and watched friends die. Psych evaluations show he has a limited IQ and several mental disorders, including PTSD, ADHD, and ODD.

Where to put young offenders

"The problem there, and from what I can glean from reading the documents, is that there isn't a secure placement that's suitable for this particular person," Choi said.

But there was such a place. The Boys Totem Town in St. Paul's Battle Creek Neighborhood closed two years ago.

There was also the Hennepin County Home School in Minnetonka, and it closed last month.

Officials shut them down because of declining use, high cost and because studies said such facilities were ultimately harmful to children.

"And that set us on a path where both Hennepin and Ramsey did abandon, and that's not me. I'm not involved with that decision," Choi commented.

Since last spring, the county attorney has been meeting with law enforcement and community leaders trying to launch what's known as Group Violence Intervention, or GVI.

It's an approach Minneapolis is using where community ambassadors contact known offenders, using social services and mental health professionals, to get at the root causes of crime.

St. Paul was ready to try such an approach two years ago, but it was abandoned because it lacked broad political support. 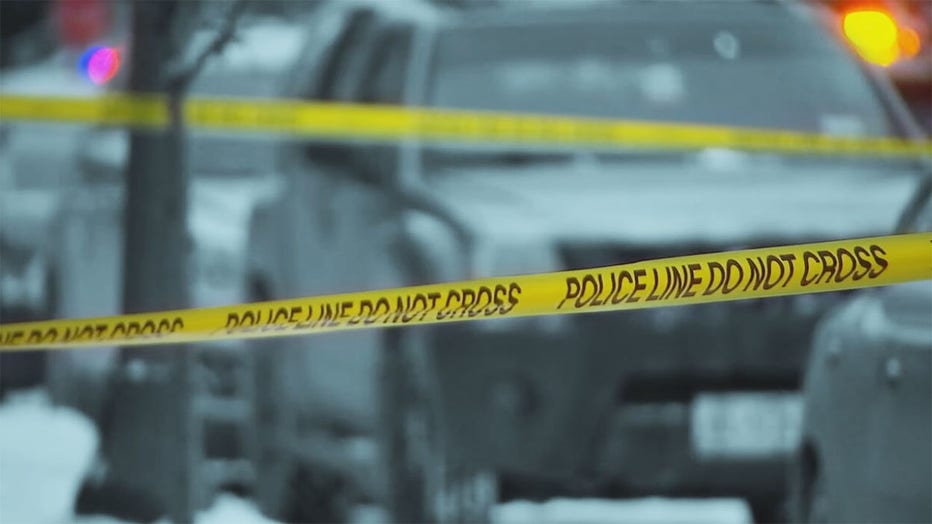 Newly hired police officers could be eligible for $10,000 bonuses under a plan put forward by Minnesota Senate Republicans on Thursday.

St. Paul Mayor Melvin Carter believes leaders need to consider what kind of support they will give to juveniles if they go through a program like GVI.

"We want our children to have every opportunity in front of them to live the lives that we dreamed for them. And we know that if they do something that falls below our standards, that there's accountability, that is what we want for our whole city," the mayor said in an interview with the FOX 9 Investigators.

"It's frustrating, but I know that we have to try. And I know that the secret sauce of trying to get something done is making sure that everybody's pulling in the same direction, right? And we're actually also thinking about a really comprehensive diagnosis of what's going on," Choi added.

Like Freeman, Choi said he's prosecuting 75 to 80 percent of the cases his office receives.

But police will also tell you they don't have the resources to do the kind of proactive policing that's proven effective.

Neither prosecutor has any immediate plans to engage with colleagues across the river, despite the fact that several high-profile juvenile suspects live in St. Paul but committing carjackings in Minneapolis and the western suburbs.