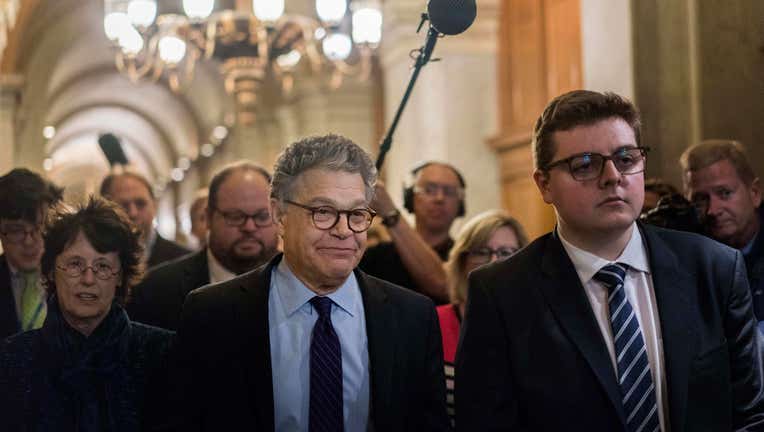 WASHINGTON, DC - Senator Al Franken leaves the Senate floor after delivering a speech where he resigned from the US Senate on Thursday December 7, 2017. (Melina Mara/The Washington Post via Getty Images / FOX 9 Minneapolis-St. Paul)

(FOX 9) - As former U.S. Sen. Al Franken steps back into the spotlight this week to repair his image, a ninth woman has accused him of sexual misconduct.

In this case, the woman anonymously told New York Magazine that Franken groped her in a photo line in 2006. The woman, who was then a junior staffer for Democratic U.S. Sen. Patty Murray, said she did not report the incident at the time for fear of retribution in Democratic circles.

Franken, who stepped down in 2017 after allegations of sexual misconduct, launched a show this weekend on SiriusXM radio. He is also scheduled to give two public speeches this month, including one at a DFL fundraiser on the Iron Range on Oct. 12.

The former senator told New York Magazine in part that, “It’s clear I must have been doing something” to make people feel uncomfortable and that he feels "terrible that anyone came away from an interaction with me feeling bad."