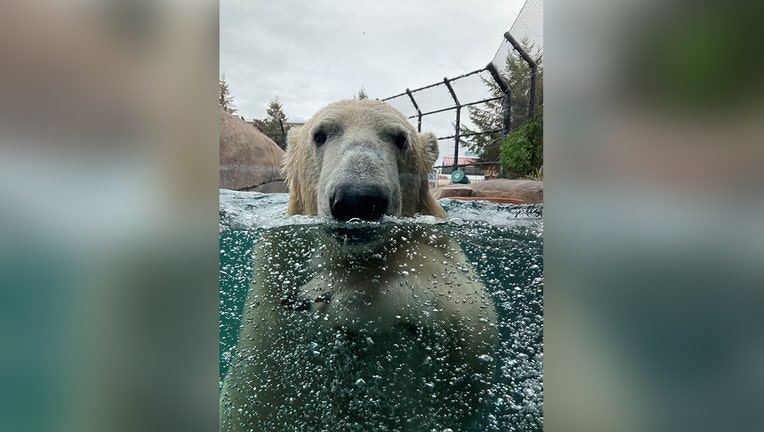 Kulu, a 23-month-old male polar bear, recently came to the Como Zoo from the Columbus Zoo and Aquarium where he was born in 2019, the zoo announced Wednesday. Kulu joins the zoo’s other two older resident polar bears, Nan and Neil. They are a part of around 50 bears living in captivity in the U.S.

Kulu, a two-year-old bear making his debut at the Como Zoo, is testing a GPS tracking prototype created by 3M that could help researchers better track polar bears in the wild in a less invasive way.

Kulu is testing a GPS tracking prototype created by 3M that could help researchers better track polar bears in the wild in a less invasive way.

Kulu will turn two years old next month but already weighs more than 700 pounds. He came to Minnesota this week from the Columbus Zoo where he was born.

Placed, or rather stuck, on Kulu’s back is a small triangular device about the size of a cellphone. That device is called a "tri-brush attachment." It’s a prototype of a GPS tracking device developed by 3M in partnership with Polar Bears International. The device sticks to the bear’s fur allowing researchers to track bears in less invasive ways.

"In the wild right now only female bears can be collared. Male bears have, their neck and their head are about the same size, the collar would slip right off. Young bears are growing at too fast of a rate you could strangle them by putting on a collar," Como Zoo Head Zookeeper Allison Jungheim said. 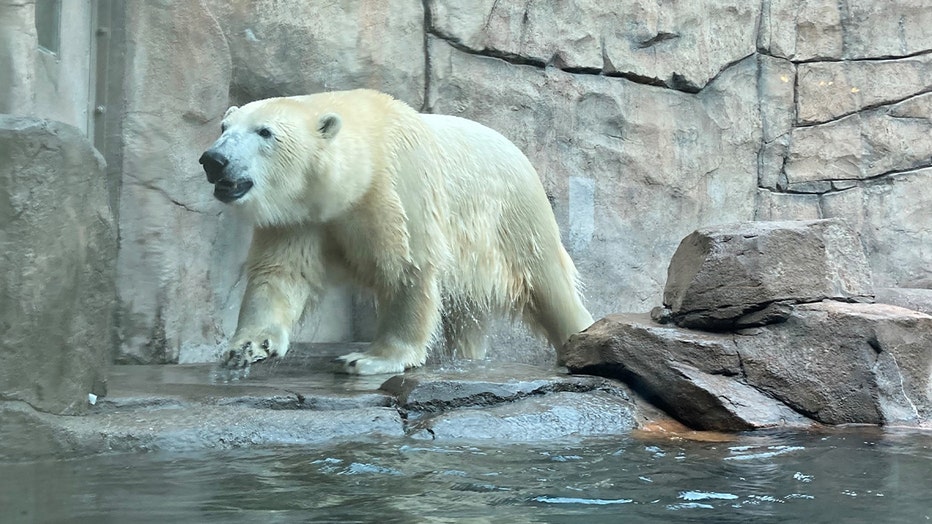 Kulu the polar bear came to the Como Zoo from the Columbus Zoo and Aquarium, where he was born.  (Como Zoo & Conservatory  / FOX 9)

Jungheim says by tracking polar bears’ movement, researchers can get a better idea of how to protect the threatened species.

"Not a lot is known about their arctic ranges. It’s a hard area to study super cold, super, frigid far away. So being able to track the bears and have the GPS units track where bears are is going to give us better information about how they’re doing in the wild, if they’re breading, getting together, if they’re not ever seeing anybody else," Jungheim said.