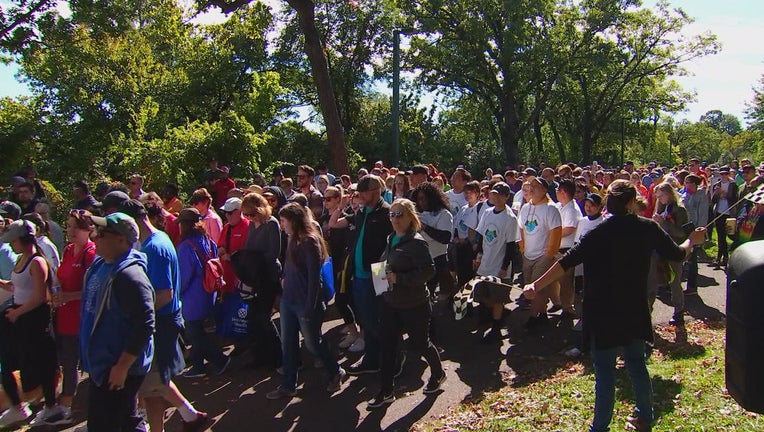 Crowds of people hit the pavement at Minnehaha Falls for Saturday's event.

MINNEAPOLIS (FOX 9) - Thousands of people gathered in the Twin Cities on Saturday to make a statement: If you are facing mental health problems, you are not alone.

Governor Tim Walz joined the crowd of people who took part in the NAMIWalks on Saturday.

Thousands of people gathered in the Twin Cities on Saturday to make a statement: If you are facing mental health problems, you are not alone.

"Every single one of us is touched by mental illness, either ourselves or someone personally," Walz said. "We know that’s the case and we have the resources to make sure we put the research into what we can do to make it better."

Saturday's event marked year 13 of the walk, which is one of the largest in the state.

"By you being here, the sense of community and sense of compassion that separates Minnesota is strong," explained Walz. 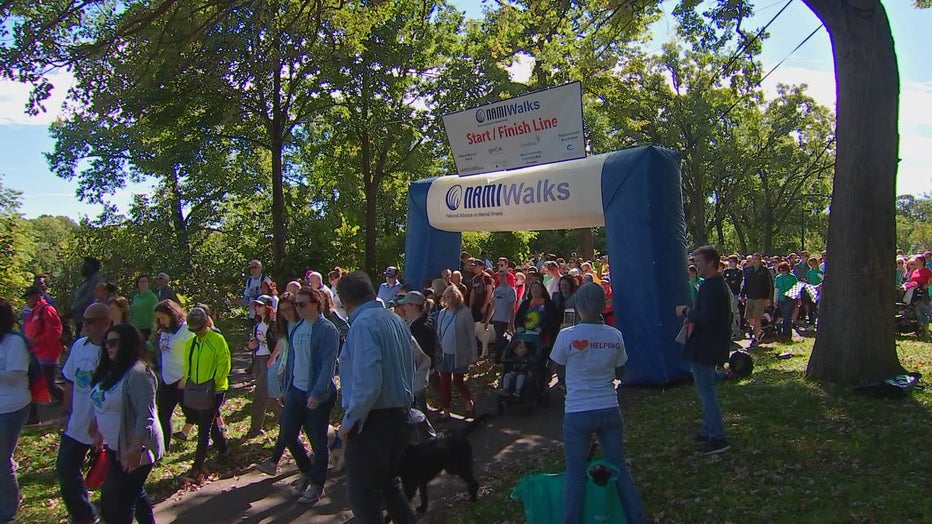 The event was held Saturday in Minneapolis.

The walk comes at a time when mental health awareness is needed. According to NAMI, 20 percent of children ages 13 to 18 have or will have a serious mental illness. At the same time, they estimate 43.8 million adults experience mental illness in a given year.

"In breaking down the stigma surrounding mental health, we’ve got a long way to go," added walk emcee Cory Hepola. "But look, step-by-step. We keep doing it and we keep making progress." 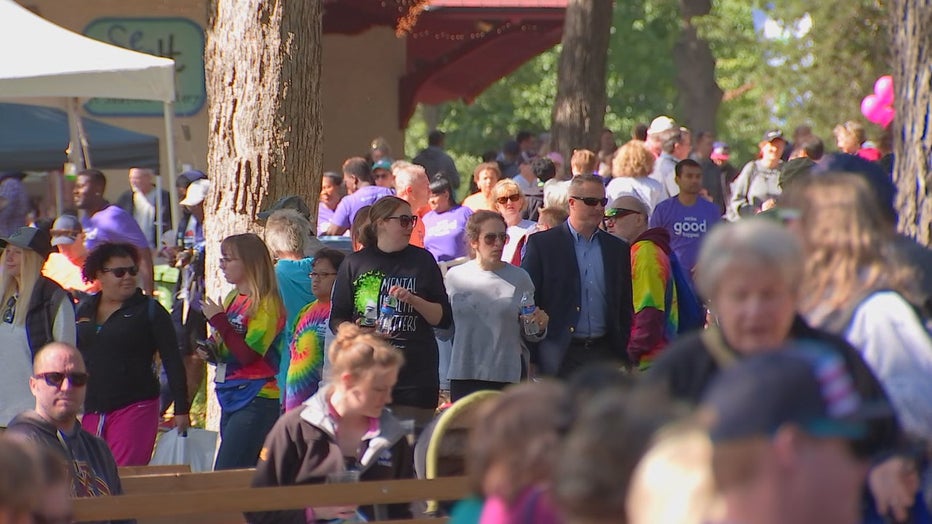 Thousands of people walked Saturday, raising hundreds of thousands of dollars for NAMI.

Governor Tim Walz said access to adequate mental health care is a commitment in the state, along with adding more mental health counselors in schools - but, we can’t forget to watch out for one another.

"There’s help out there," he said. "There’s lines to call. There is no stigma attached to asking for help. We all need it at one time or another."

Saturday's event raised hundreds of thousands of dollars to benefit the National Alliance of Mental Illness.