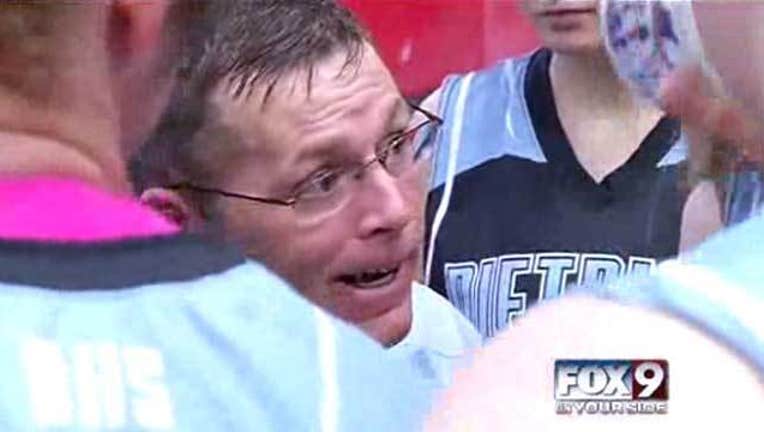 In an Idaho town of less than 400, the high school women's basketball coach is a local hero—not just for his team's four straight state title championships—but also for the four-year battle he's been fighting against an illness that has taken away his ability to walk, talk, and temporarily even see.

In February 2011, just hours after coaching his team to a state title in a 55-51 victory over rival Richfield High School, Dietrich High School's head coach Acey Shaw, 40, tended to cattle on his farm, helping to deliver a new calf, KIVI/Fox 9 reported. Because of the frigid temperatures, he put the newborn calf in the cabin of his truck and drove around with the heat on. Unbeknownst to Shaw, he had, in the process, contracted a serious infection that within hours attacked his brain and led to a months-long hospital stay as doctors scrambled for an answer that would take years to find.

An initial diagnosis was Q fever, along with Chlamydia pneumonia. Doctors had determined that the infection attacked nerves in his brain causing a rare type of encephalitis and disrupting muscle coordination, KIVI reported.

Q fever, a contagious bacteria caused by an organism called coxielle burnetii, is an infection that can cause many different symptoms, and can manifest in the brain, leading to meningitis, or can cause headache and confusion. It may even lead to unrelenting seizures and coma. Risk factors include consuming unpasteurized milk, and dealing with animals who may be carrying Q fever, which can cause the animals to suffer spontaneous abortion, or difficult births.